NASA and its astronauts from the early years of spaceflight including Apollo program astronauts have been having words over who owns the items astronauts brought home after their missions. NASA has recently blocked several auctions when astronauts tried to sell off what they believed to be their personal belongings. One of the the latest auctions to be blocked by NASA was one where Apollo 13 Cmdr. Jim Lovell attempted to sell a checklist from the mission. 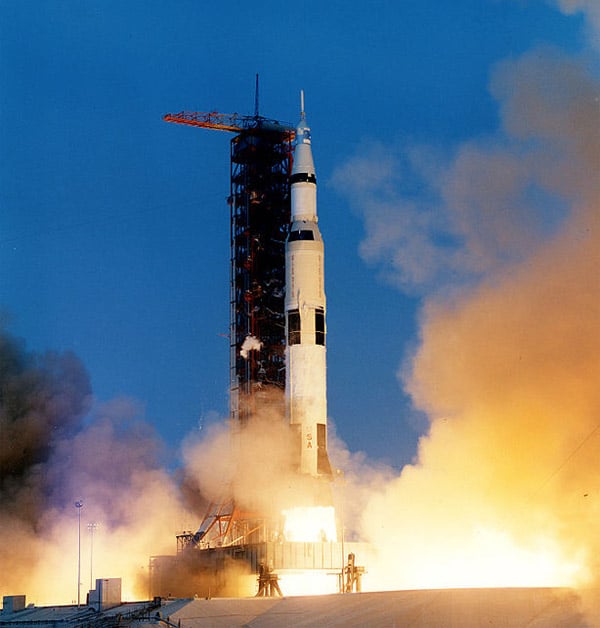 The checklist brought $390,000 at auction, but then NASA stepped in and claimed Lovell didn’t own the checklist, and that it was NASA property. The checklist went into the vault of the auction house and still sits there until this is all sorted out. It appears that it will literally take an act of Congress to get NASA to agree to let astronauts keep the items they took home after their missions. A bill is before Congress right now that was introduced by Rep. Ralph Hall, R-Texas, chairman of the House Science, Space and Technology Committee, and the panel’s top Democrat, Rep. Eddie Bernice Johnson of Texas would let astronauts keep certain items.

The bill sponsors wrote a letter to congressional colleagues asking to allow the “first generation of astronauts to retain spaceflight artifacts that have been in their possession… in many cases for more than 40 years.” In plain terms that sounds like NASA GTFO to me. The only thing the bill wouldn’t allow astronauts to keep are moon rocks.