Flutter for Mac Lets You Pause and Play Via Hand Gestures, No Kinect Required

Until today the things we’ve seen that bear name Flutter are plain stupid – one of them intentionally so, but still. A new program for OS X devices is out to change that. Flutter for Mac lets you control playback on iTunes and Spotify simply by raising your hand. You don’t need any additional equipment to make it work either, because it uses your computer’s iSight webcam as a Kinect-like tool. 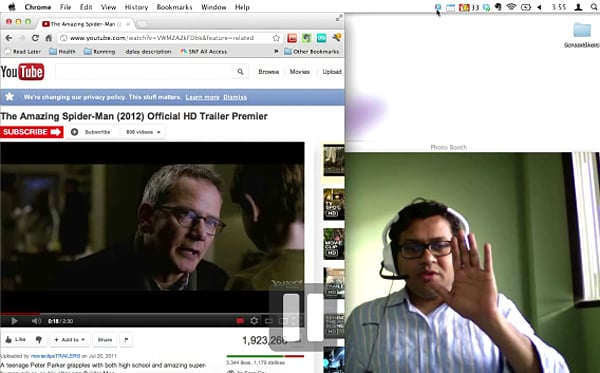 The screenshot above and the video below shows Flutter pausing and playing a YouTube video, but the current version of Flutter will only work with iTunes and Spotify. Still, the demo does give a good idea of what Flutter does.

I tried it out myself and it’s easy and fun to use. It’s surprisingly accurate, although I was only able to test it on iTunes because I don’t have a Spotify account. That said, I found it hilarious when I discovered that even if you put another application in the foreground, the gesture will still work as long as Flutter and iTunes are still both running, so be sure to turn off either Flutter or iTunes before you use a video chat app.

For now, it only supports a single gesture to play and pause tunes, but developer Bot Square will soon add other gesture-based functions to Flutter. Accessing Hot Corners via gestures would be nice. You can download Flutter for free on its website, although you do have to sign up and register an email address.