I’m sure at one point somebody thought ring tones were pretty stupid. Today we have all sorts of ring tones for music the other things that we hear everywhere we go when someone’s phone rings. I think Swann may have just kicked off a new fad for doorbell ring tones. The company has unveiled a new wireless doorbell called the MP3 DJ doorbell. 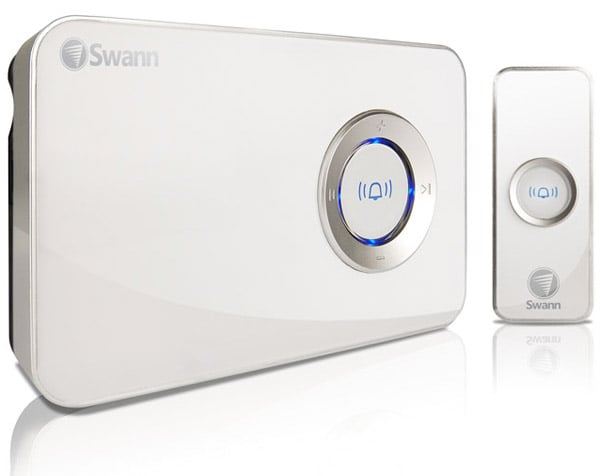 The doorbell sells for $49.99(USD) and is designed for quick DIY installation. You can slip a SD memory card up to 32 GB into the doorbell and it will play the music on the card when someone presses the button. I can think of a bunch of music I’d like to have only push my doorbell. Maybe Lurch’s “You rang?” or “Ding, dong, the witch is dead.” That last might offend my mother-in-law though.

The doorbell will play polyphonic tones as well. The doorbell activator switch has a range of 330 feet from the base and is powered by three AA batteries. I only hope that custom doorbell tones are available soon. Something along the lines of Yoda saying, “Sell me crap, you will not” would be right up my alley or maybe Mr. T saying “I pity the fool that rings my bell again, sucka.”