After a long hard day at work, the last thing you’d want is to be trapped in a bus filled with people talking loudly into their mobile phones. On some days, that’s probably you, but I’m sure you’ve wished for some peace and quiet while you’re on public transportation.

This was probably what Eric, aka the Vigilante Rider, felt because he took the law into his own hands and shut people up by firing up his cellphone jammer. 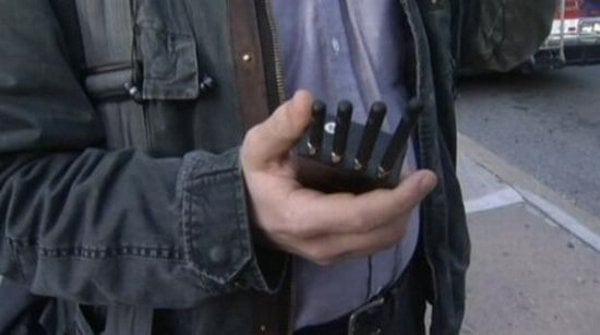 Eric hails from Philadelphia, where he takes the #44 SEPTA bus on his way to work. When he feels like the noise in the bus has become unbearable, he whips out his cellphone jammer and fires it up to shut everyone up.

NBC Channel 10 did an interview with Eric and asked him about the legality of his actions, to which Eric only replied that it was a “gray area.” However, the FCC has since responded to the story and said that his actions were subject to a $100,000 fine and even jail time.

When he was informed of these possible sanctions, the Vigilante Rider decided to shut himself up and switch his jammer off – for good.

[via NBC Philadelphia via Dvice]