How cool would it be to live for a few days in a volcano? I’m not talking about the real ones because that would just be a literal death wish. What I’m talking about is the Montana Magica Lodge in Huilo Huilo, Chile that’s built to look like a true-blue, albeit miniature volcano. 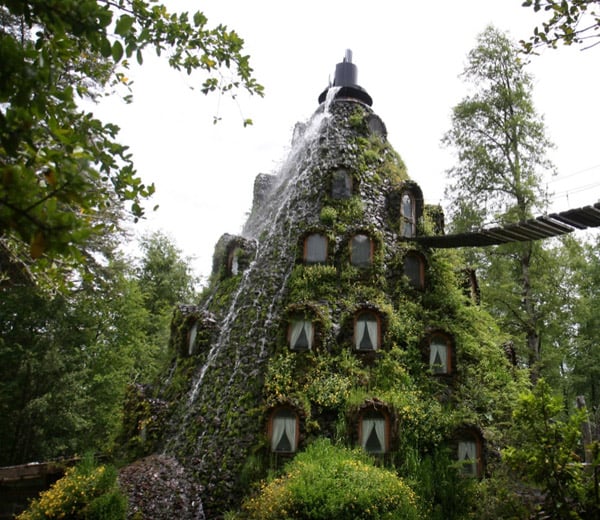 The volcano hotel, which is located right smack in the middle of the 300,000-acre Biological Reserve of Huilo Huilo in southern Chile, has only 12 rooms though, so I imagine trying to book a room will take a while. 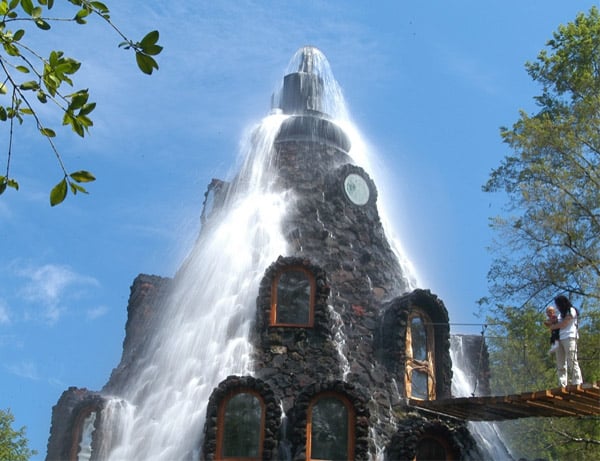 The coolest thing about the hotel is its once-a-day volcano “eruption,” which will send cascades of water down its walls and down the windows of the hotel rooms. Sure it’s not as fiery as the volcano at Las Vegas’ Mirage hotel, but then again, it’s not nearly as crowded.

The Montana Magica Lodge was built with an eco-friendly theme in mind, using local wood from the community. The design is also on the playful side, if that much isn’t clear already, as hotel guests have to cross the hotel monkey bridge to get inside. 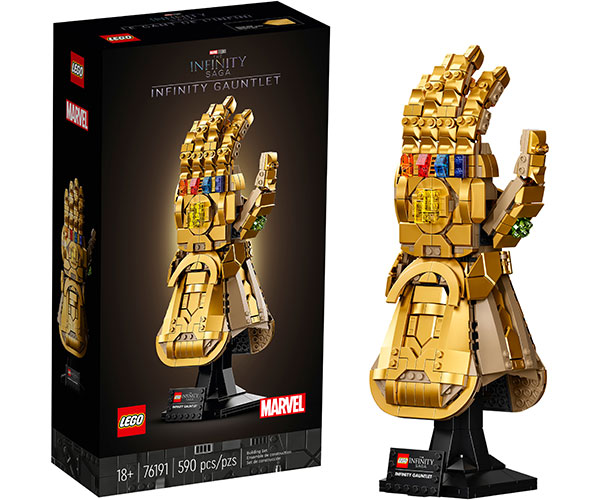