One of my all-time favorite video games was MechWarrior. I played that game for hours on end and wished on more than one occasion I had a real robot with rail guns and missiles. That real mech hasn’t happened yet, but I bet a lot of us would like to build one of these awesome small scale Mech Warfare robots that actually have firing weapons integrated. 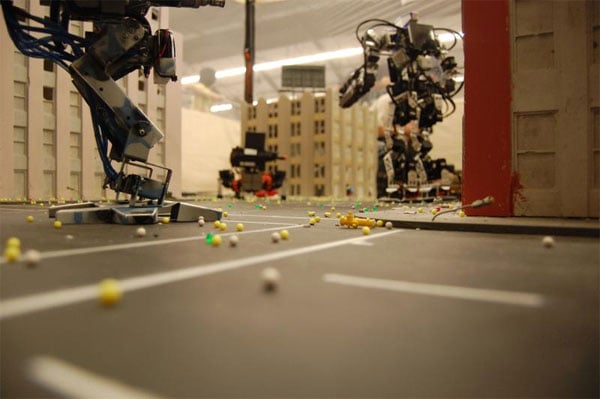 Granted, the weapons in this case are airsoft guns, but still that is really cool. The hobbyist group Mech Warfare has a project on Kickstarter seeking to raise the funds to build a better robot fighting arena. As you can see, they already have scale buildings and a nice tent to carry out their robot wars in. However, they want to be able to battle with bigger bots with better and badder weaponry.

The group is seeking to raise $6000(USD) to build a sturdy new aluminum and Lexan arena for the robot competitions. Right now, they raised over $2000 towards their goal. The project has 21 days to go before funds and it looks like they’ll meet their goal if you guys help get the word out. I think we need our own Technabob robot in this competition.