Interactive Musical Poster Promotes Bands with Their Own Music

I think some people choose to give their bands really weird names so that it’ll pop out and make an impression on people. I mean, aside from fancy graphics, a neat logo, and a cool band name, what else can bands put on posters to grab a someone’s attention?

The answer to this question is, apparently, their music. Uniform, a British design agency, has just shown off a prototype of a literal musical poster. And by that, I mean a poster that lists upcoming gigs with thumbnail images that plays a short sampling of music when they’re pressed. 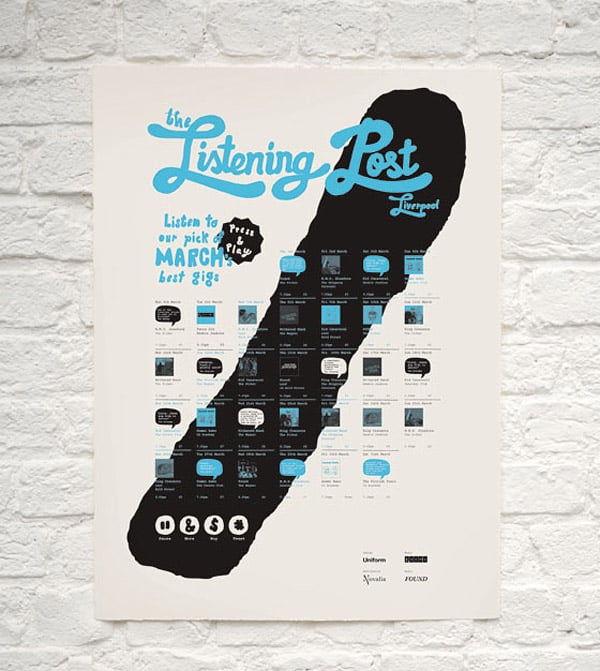 This is made possible because of conductive ink, which is used to print out the images. When pressed, the circuit is completed, triggering the playback. They even envision the posters being connected to the internet, so music samples could be updated whenever they want, and eventually support the purchase of tickets and music.

These musical posters are still at the early concept stages, but certainly have potential and I think they’re an amazing way to promote shows and concerts. (If they’re not too expensive to mass produce, that is.)