Forget the TRON light bike. Light Trikes are where it’s at now. These things are like big wheels for adult kids. They don’t actually go down the road leaving a light trail, but you can use one to duel against your buddy in a video game. 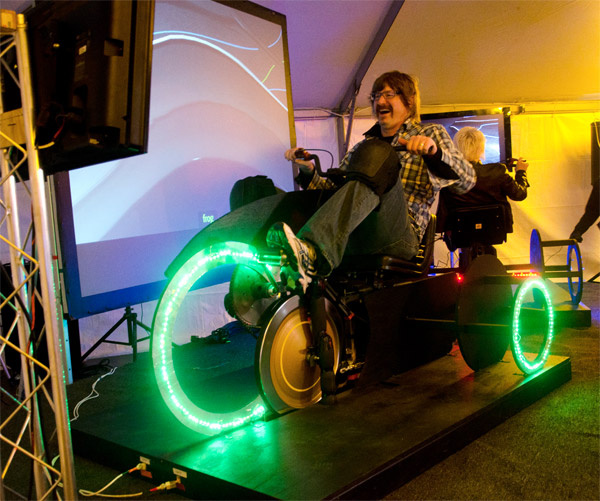 The Light Trike above is one of two TRON light bike trikes that were on display at SXSW. They were created by frog especially for the SXSW Interactive opening night party. 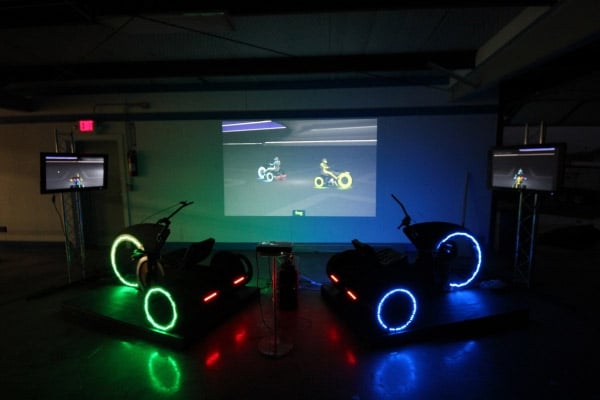 Just hop on one of these illuminated Big Wheels and compete against a guy or girl on another trike on the screen. In the game, the two players steer their Light Trikes with the handlebars and the speed is directly affected by how fast you can peddle.

And yes, each bike lays down the famous light trail with which you can destroy your opponent – though this version allows for curves. I wish I could have  played this thing. I would have been there for hours.

[via Make: via Obvious Winner]