Cheap speaker docks for your mobile device might do the trick for a while, but sooner or later you’ll want a solution that looks good and produces great sound. The new CeraAIR Two speakers are quite fetching, and they are AirPlay compatible, so you can stream music wirelessly from your iOS device or via iTunes. Plus, they seem to have solid audio specs.

The CeraAIR Two speakers can be mounted either horizontally or vertically on your walls. A Class-D amplifier drives the two bass/midrange speakers with 64 watts each and the two tweeters with 32 watts each, so it’s more than enough to fill up your room with music. The speaker also has a subwoofer out if you crave extra bass. Is also plays Internet Radio and digital audio files wirelessly or through a wired Ethernet connection. Total dimensions for the speaker are appx. 23″(w) x 6″(h) x 6″(d). 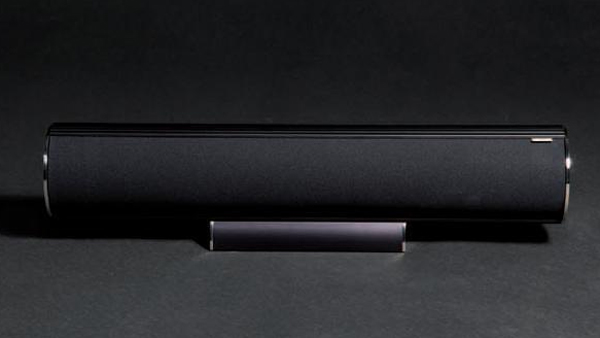 The CeraAIR Two speaker isn’t cheap, though. It retails for €599 (~$780 USD) and is available in silver, black, gold, high-gloss white, high-gloss black and custom RAL colors upon request over at Ceratec Direct.