Back in February I mentioned Austrian daredevil Felix Baumgartner. This is the crazy man who plans to jump out of a balloon from about 120,000 feet in an attempt to set a world record and break the sound barrier without an aircraft. Baumgartner is getting ready for his record-setting jump later this Summer and has just completed a major test jump. 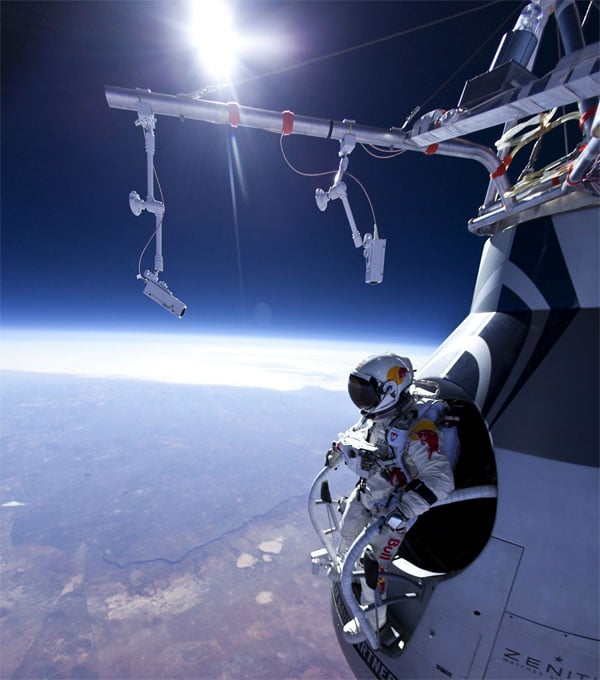 Yesterday, Baumgartner climbed into the specially made capsule, taken to an impressive 71,581 feet by a helium balloon. That works out to about 13 miles off the ground. After running through his checklist and depressurizing the capsule, he leapt into the thin cold air. He free-fell for 3 minutes and 43 seconds. At 7,890 feet, he pulled his parachute and floated safely to the ground about 30 miles from Roswell, New Mexico. During the free-fall he reached a peak speed of 364 mph.

The video clip below shows the preparation for the jump, but skips over the jump itself – presumably to keep us in suspense until the 120,000 foot leap.

The team discovered during the test jump an issue that will have to be tackled before the record-setting attempt is made. Baumgartner says that his hands were so cold from the frigid temperatures at that altitude he could hardly move them.