Lollipop Thermometer Takes Temperatures But Might Not Be the Greatest Idea

Taking care of a child isn’t easy, nor is it rocket science. You’ve just got to strike a balance with how you treat them, so you can deal with them in a way that will get them to respect you but not fear you. I agree that raising kids is all about compromise. One thing that can be prevented but can’t altogether be avoided is when they get sick. 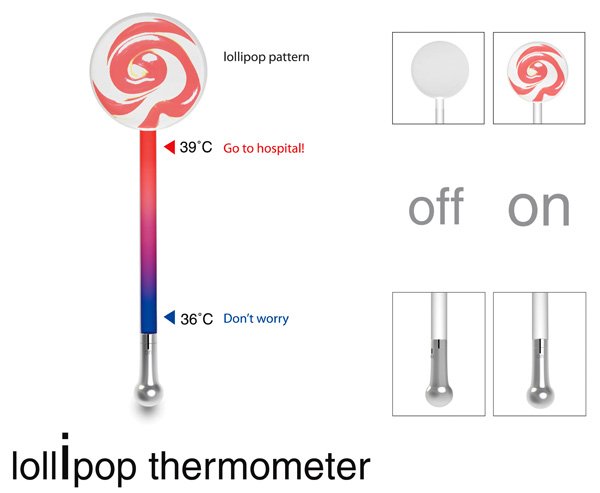 I don’t know how they’ll account how the shape of the measuring surface will affect the temperature reading, though I hope they considered that point. Another con to the design is that you don’t actually get to read off the value of the temperature. Instead, you’ll have to rely on a color-coding system that lets you know it’s time to go to the hospital when the lollipop stick reaches the “red” color level. 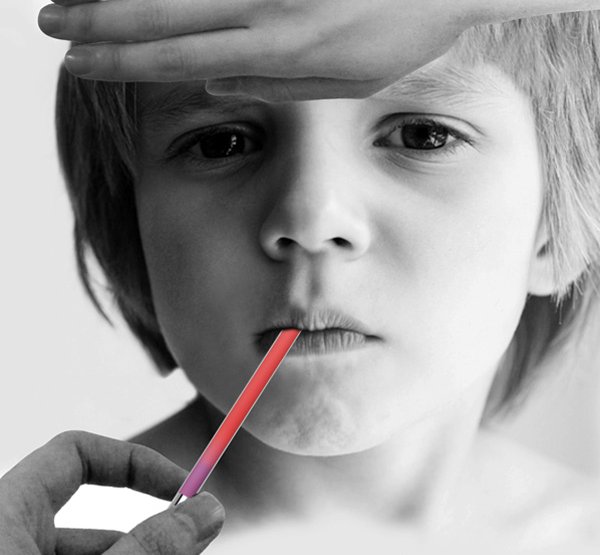 This design by Dano Su and Young Lee Kim could still use a lot of work, but it’s a good idea to get kids to cooperate when they don’t feel like it. Especially if they somehow made it taste like candy.