The utilitarian metal casing of the hard disk drive now serves as a decorative cover for its descendant. This tiny flash drive has no moving parts, doesn’t need to be defragmented and is easier to mount. I wonder if it can fit in that tiny desktop computer we saw a while back. 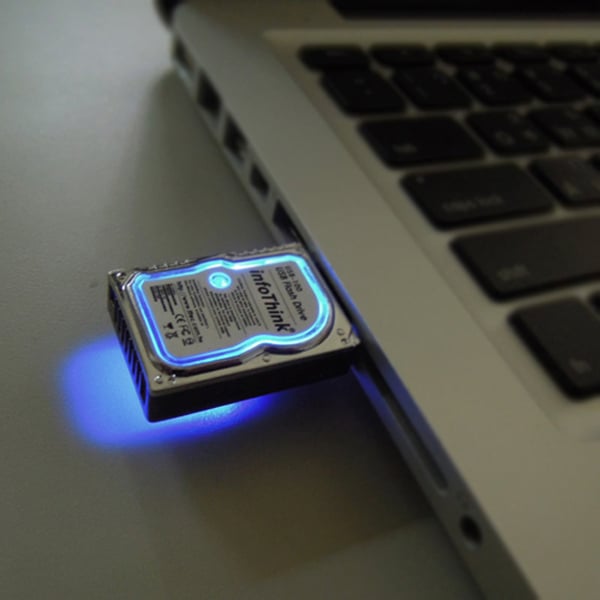 As you can see, one other advantage it has over its big brother is that it has a neat blue LED to indicate drive access. 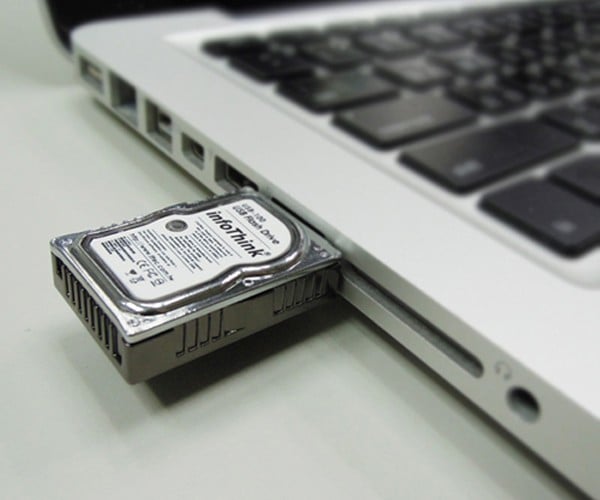 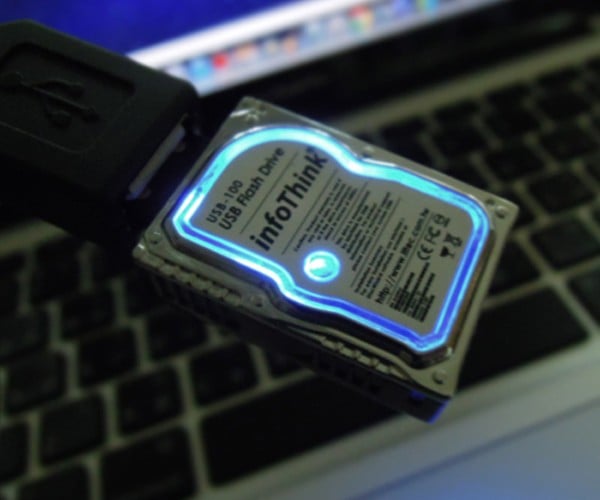 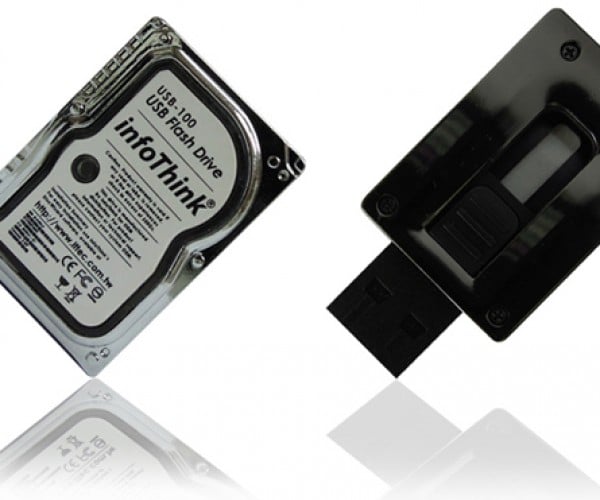 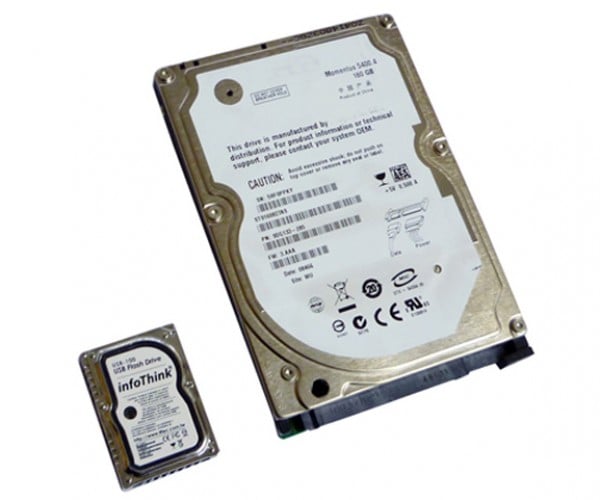 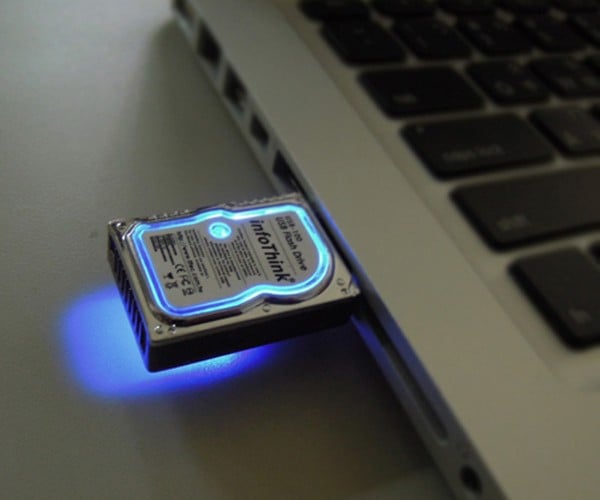 The exact same hard drive in the pictures above is an 8GB drive made by infoThink and is available from Amazon for $22(USD). There’s also a very similar flash drive available on Newegg made by another company called Tcell, with the 8GB selling for $17.49 and the 16GB for $27.49. Tcell also claims that its flash drives are waterproof and shockproof, more traits that put them above their ancestor.

[via GeekAlerts via Gizmodo]