iFixit Tears Down New iPad, Finds No Justification for the Tablet’s Dumb Name

This just in: iFixit has torn down Apple’s new iPad and found lots of new things inside. Sounds like a stock headline, except Apple really is calling the new iPad “the new iPad” – or is it just “iPad?” Semantics aside, iFixit has verified all of the new specs that Apple has announced plus a couple of tidbits that you might be interested in. 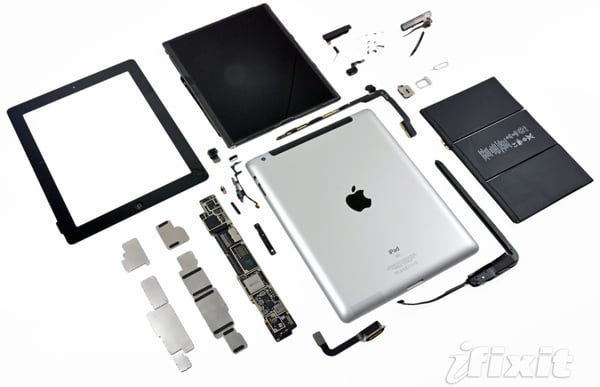 As with the iPad 2, disassembling the new iPad is a task best left for the pros – iFixit gave it a repairability score of 2/10 because the front panel is glued to the rest of the device and the LCD is sticky-taped to the front panel, making it easy to break the glass panel or LCD when attempting to tear the tablet down. 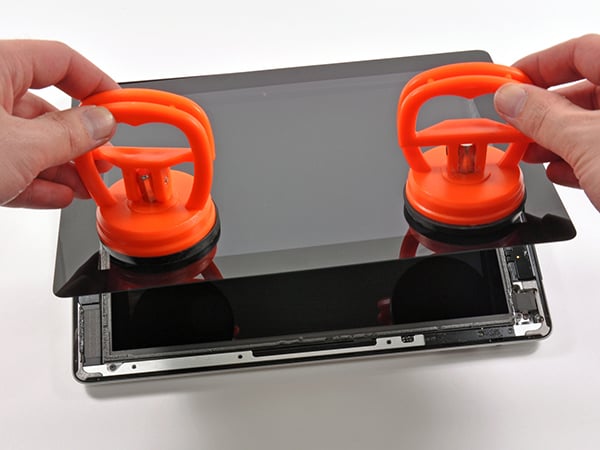 By now all sentient beings in all the multiverses know that the tablet is powered by the A5X, a 1GHz dual-core processor with improved graphics processing. But if you were still unsure as to how much RAM it has, iFixit has confirmed that the new iPad does have 1GB of RAM inside, twice as much as the iPad 2. 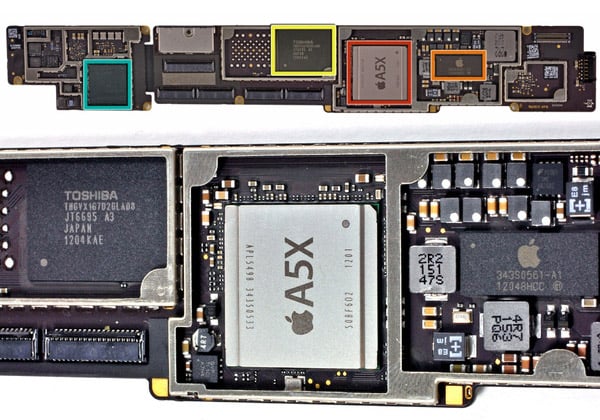 Based on its part number, iFixit believes that the much-hyped Retina Display is manufactured by Samsung. I guess that gives a bit more weight to the rumor that a Samsung official was quoted as saying (yes, this is a rumor of a rumor) that Apple will eventually release a 7.85″ iPad. They’ll probably call it “the new, smaller iPad.” – or better yet, “iPad, Jr.” 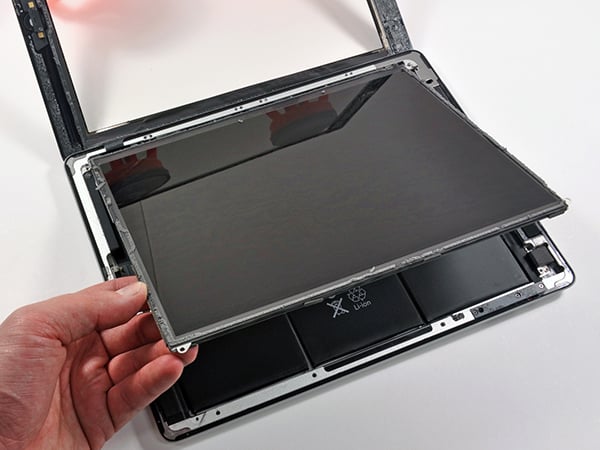