Vaportrim Lets You Inhale Your Next Dessert

I’m not a huge fan of cigarettes because honestly, I hate the smell of smoke. I’m friends with a couple of people who smoke, however, some of who are trying to quit by using those electronic cigarettes.

On a not-so-unrelated note, Vaportrim has come out with their own line of puffers that aren’t meant to curb a smoking habit, but to encourage weight loss. These inhalers won’t be shooting up nicotine-filled vapors; instead, you’ll be inhaling the essence of scrumptious desserts and sweets with zero calories. 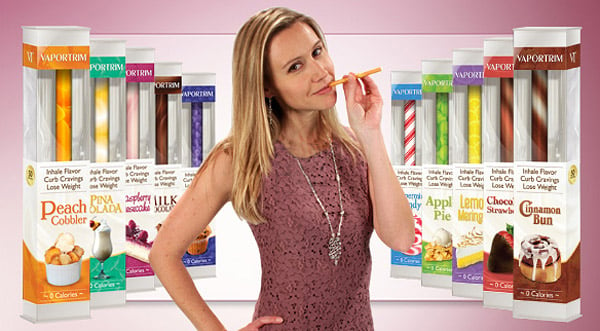 They come in tasty sounding flavors like maple pancake, pina colada, apple pie and vanilla cupcake – all of which with zero calories. It’s a fun idea, but I’m just not sold on the concept. How would getting a whiff or taste of these fattening treats curb your appetite? I would think that they’d make you hungry and look for the real thing instead. 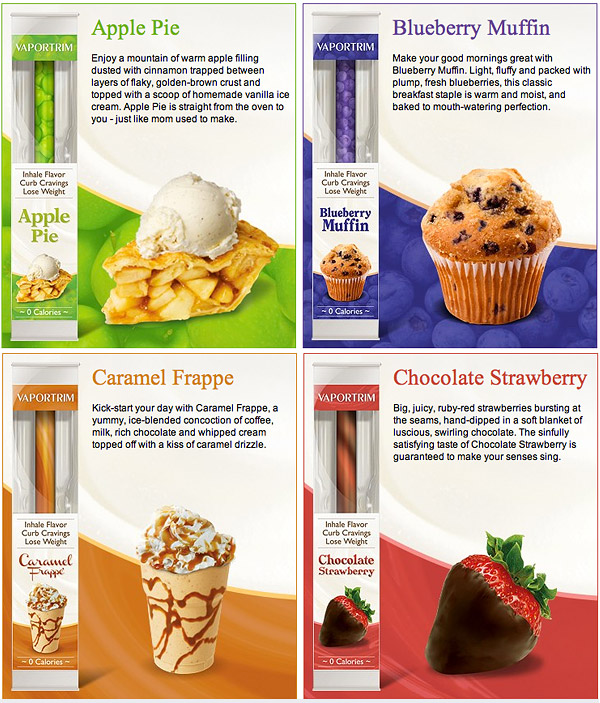 If you’d like to try them out though (I mean, it’s hard to resist all those delectable-sounding flavors!), you can order some Vaportrim inhalers from their site for $9.95 each.

[via Geekosystem via Oh Gizmo!]