FAA Promises a “Fresh Look” at Gadget Use on Flights

The FAA cleared the iPad and other devices for use in cockpits of commercial aircraft by pilots late last year. The approval was made to reduce the load on pilot by allowing them to have digital copies of charts and flight manuals rather than roughly 30 pounds of books with them every flight. While pilots were allowed to use the iPad in all aspects of flight, passengers were still denied the ability to use gadgets during taxi, takeoff, and landing. 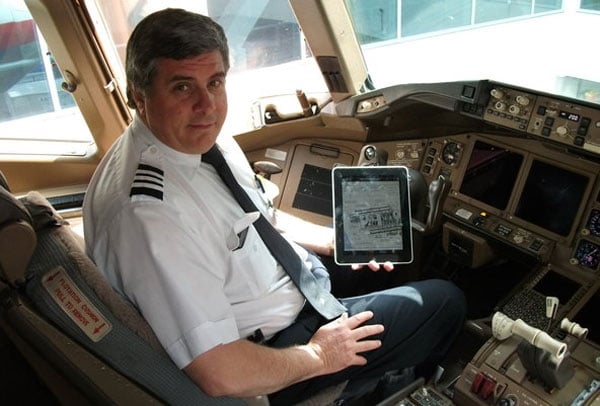 Passengers have been allowed to use most types of gadgets when the aircraft reaches 10,000 feet for a long time – and some flights already offer Wi-Fi service too. The FAA has now promised to take a “fresh look” at allowing passengers to use some of their gadgets (such as tablets and e-Readers) during other aspects of flight. The tip comes from FAA Deputy Assistant Administrator for Public Affairs Laura J Brown. I think it’s about time the FAA allowed broader use of certain gadgets, we all know they don’t affect avionics in any meaningful way.

Apparently, the FAA is still not considering allowing the use of smartphones on flights. I don’t mind not being able to use mobile phones during flights, I can only imagine how annoying it would be to have people around you talking constantly.