I’m of the opinion that anyone who’s been in high school since the 1980s will be familiar with at least a couple songs from the rock band Queen. I’m not sure it’s physically possible to make it an entire football season without hearing We Will Rock You played at least at one game or pep rally. If you’re serious fan of the band, you get a 40th anniversary box set called the Queen Orb Gift Box. 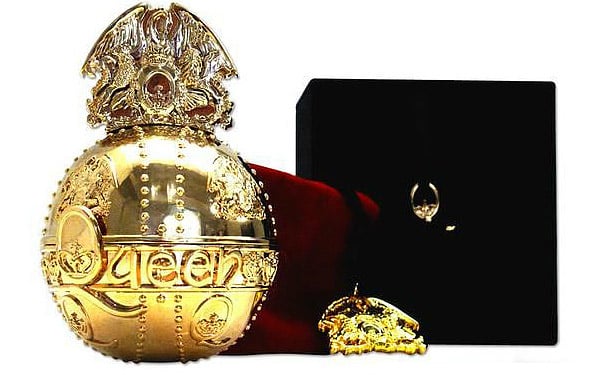 Inside that box, you won’t find a single CD or DVD. As an ode to the digital age all you’ll find is this tacky golden orb ball with a flash drive inside. Along with that golden orb is a gold plated Queen crest pendant necklace. On the flash drive, you get all 15 Queen studio albums digitally remastered. The tunes are offered in 320 Kbps MP3 format and 24-bit 44.1 kHz wave format.

Accompanying the tunes are a bunch of digital photos on the flash drive. The set is limited to 5000 units and costs about $350 (USD). Given the fact that you could purchase all 15 albums for about $150, I think the orb should at least be plated with real gold.