Robothespian Sings “Singing in the Rain”, Despite Never Having Been

Robothespian must be a great actor. People seem to really respond to him. Plus he sings classics like “Singing in the Rain” despite the fact that he would start rusting immediately, in a very convincing manner. 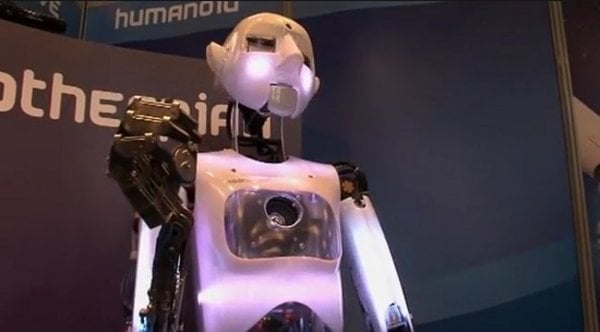 The robot recently spent some time in Lyon France at Lyon’s Innorobo fair, where he sang songs, quoted some movies and generally just showed off. A spokesman said that the bot is all about improving human-robot interaction. But to what end?

What does singing and quoting movies really accomplish? Just looks cool I guess. He was created by Engineered Arts Limited, a British firm that likes it’s singing robots/actors to interact with French humans and make friends before the coming apocalypse. Because if they just started killing us without a nice word, that would be rude.