Sure, we’ve seen watches that combine digital and analog in one device, but it’s usually an analog face with a screen at the bottom for the digital time. And they usually don’t look very stylish. This concept is different. It was designed by Peter Fletcher from the UK and is a digital/analog hybrid concept that looks pretty sweet. 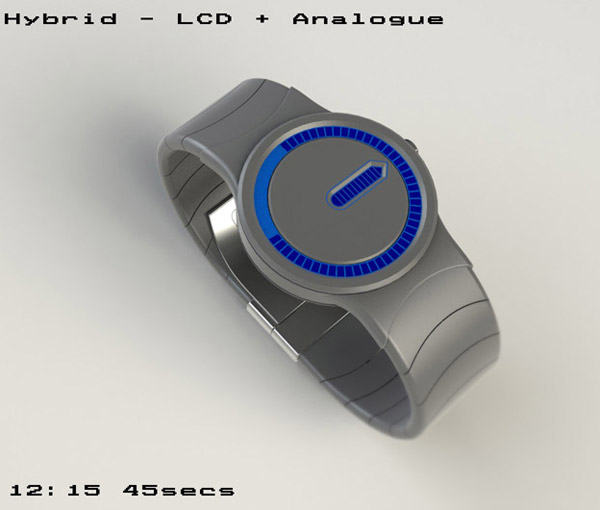 The Hybrid’s watch face has an arrow that moves in a circle like the hand on an analog watch.  The arrow has 12 backlit LCD bars that represent the hour, and it turns to point at the correct angle for the minutes on the outer dial. Seconds are then displayed on the outer ring. It only takes a few seconds to figure out how to read it, which is cool. 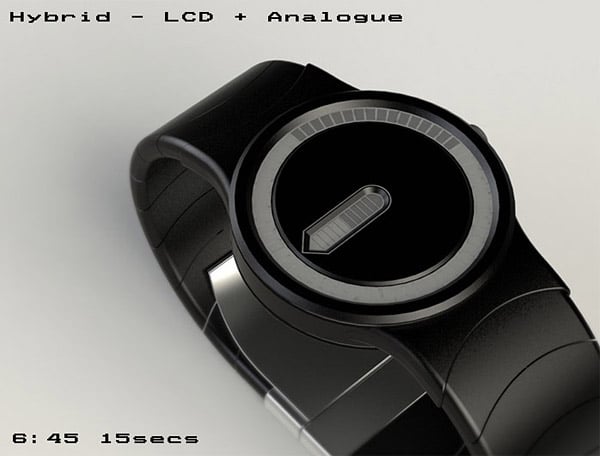 That’s all great, but I really just love the look of this hybrid. It looks as if it just stepped off of the set of an old Sci-Fi flick. If enough people like it, Tokyoflash might really make it. If you want to vote for the Hybrid watch, head over to the Tokyoflash Design Blog and show your support.