The first episode of the new geek series has aired and the episode is up on YouTube right now. The series is called Super Power Beat Down and the initial episode pits two well-known Batmobiles against each other in a drag race. I’m sure we’re all familiar with the 1966 Batmobile that was the main ride in the series’ 120 episodes. 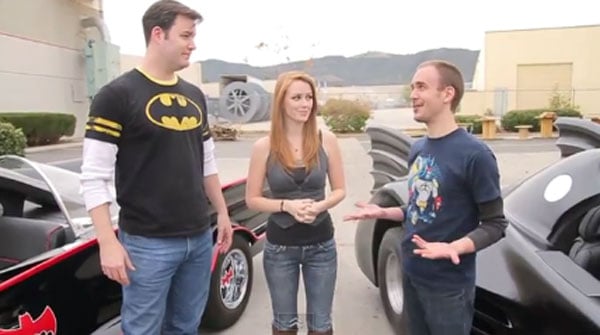 The other vehicle in a drag race is the 1989 swoopy black cartoon car from the 1989 Tim Burton version of Batman. I would’ve preferred to see Christian Bale’s Batmobile or Tumbler in this race personally. After talking specs for a few minutes, the builder comes on and gives some hard facts about the cars. I will say with the horsepower the guy claims, I seriously doubt the quarter-mile times he quotes. It certainly should take more than 300 hp put down a 10-second quarter-mile run in such large cars.

Doubts about performance aside, racing two legendary superhero cars against one another buys the guy more the little leeway. At about 7:45 mark in the video they decide to just line the cars up and run them. I won’t tell you who wins, but I think the race was rigged given the outcome.