This tiny camera may fit in the palm of your hand, but it looks like a little DSLR, and claims to shoot images at 12 megapixel resolution. Loosely translated the name of this digital camera is the “Kun” One-Eye. While it’s certainly bigger than the Chobi Cam One HD, the diminutive camera still measures just over 2-inches wide, and weighs just over 5 ounces, which means you’re less likely to lose it between the sofa cushions, I suppose. 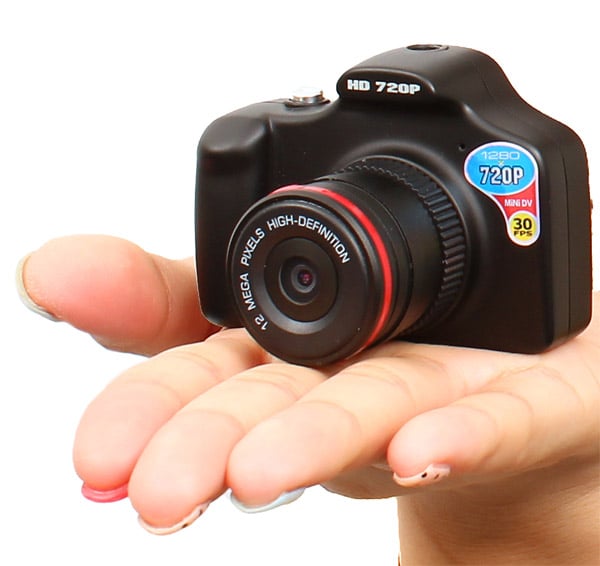 According to its specs, the “One Eye” can capture high quality still images, as well as HD video – albeit only at 720p/30fps resolution, but a few years ago that would have been good enough to satisfy most of us. Of course with a lens this small, there’s no optical zoom, just a 4x digital mode. On the back of the camera is a tiny 1.5″ TFT viewfinder with 480×240 resolution you can use for framing shots. Images are stored on a microSD card (up to 64GB). 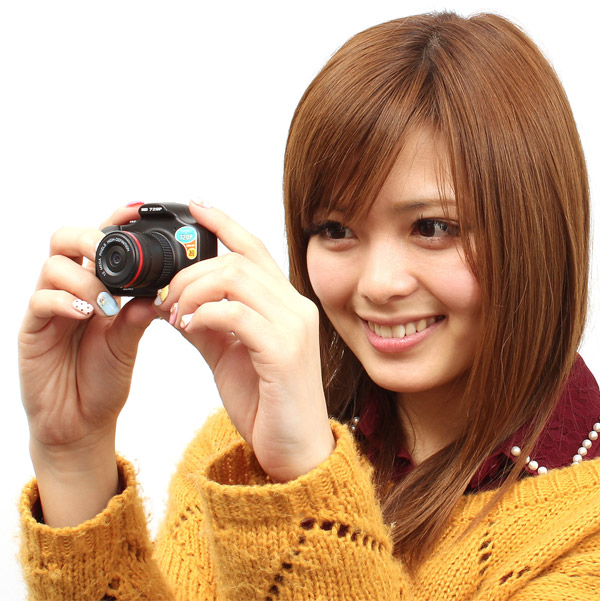 In addition to working as a pocket-sized point-and-shoot, the camera can be used as one of those vehicle recorder cameras, and even comes with a suction cup mounting bracket and cigarette socket adapter for your car. It’s also got a motion-detection mode which will trigger only when someone passes in front of its tiny lens. 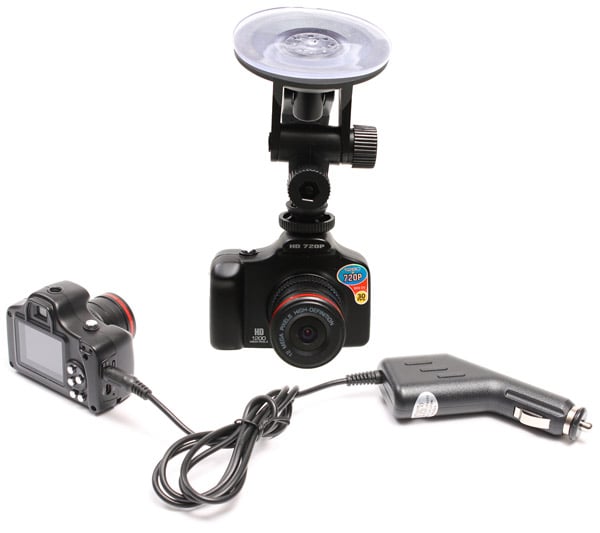