Sphero Gets a Ride of Its Own

Remember Sphero, the robotic ball of fun? Well, apparently he’s growing up really fast and has his license now, along with a new set of wheels. It was created with parts like a discarded toy car, trackball, an Arduino kit, and an H-Bridge. 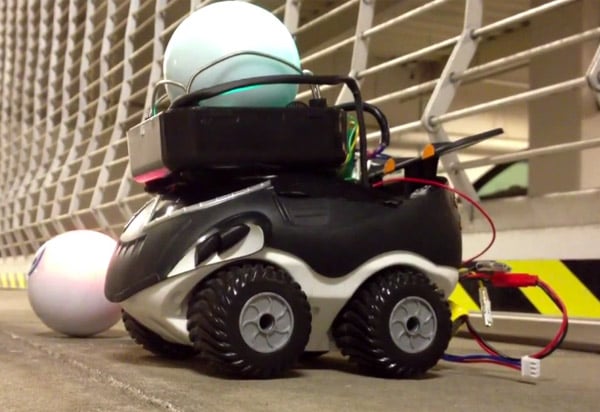 A developer hacked all of these pieces together and created this neat little car for the robot ball. The Sphero drives by rolling on top of the trackball sensor. The ball is controlled by a smartphone app that can also change the color that the ball glows. The problem with the Sphero is that it is just a glowing ball and it gets old quick, but with a vehicle? Now we are talking fun.

That’s just the kind of thing Orbotix, the company behind the Sphero, is trying to encourage as they curate a development community for this little ball. They want to provide owners with as many new ideas and games as possible.