Thanks to SSDs, traditional spinning hard drives are slowly disappearing. That’s my hope at least, because I’ve lost quite a bit of data due to hard drive crashes over the years. So if you’re the kind of geek that misses his HDD, check out the iPhone Hard Drive Cover that will dress up your iPhone as an hard drive. 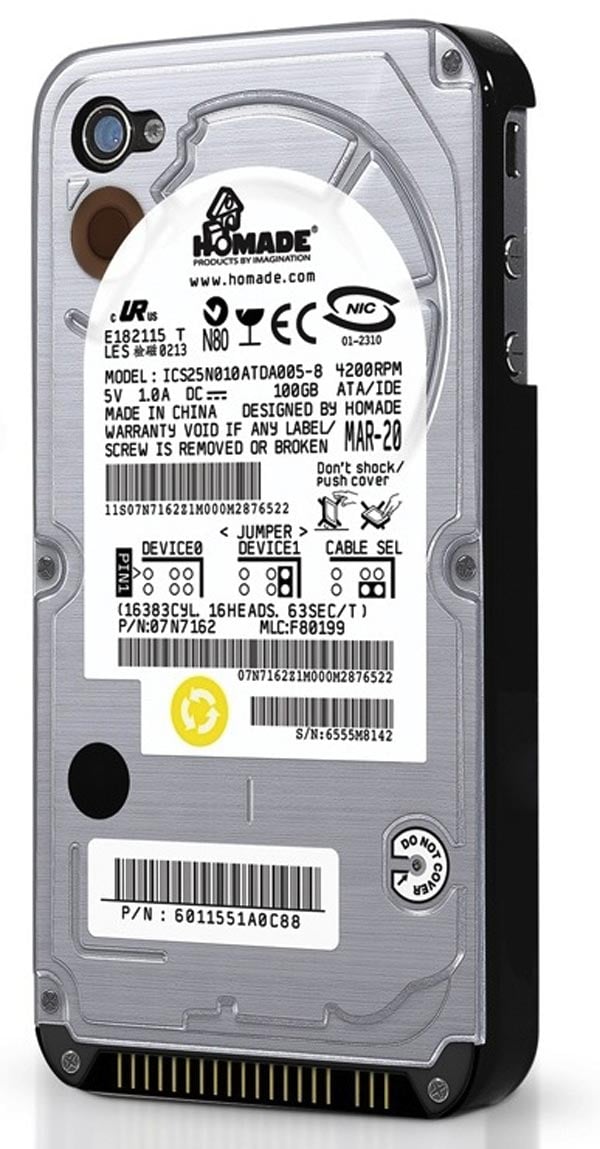 Homade’s iPhone Hard Drive Cover mimics the looks of an internal hard drive that you’ll still find in most computers. It comes complete with stickers, barcodes, text, and it even has a somewhat metallic appearance.

The case is compatible with the iPhone 4 (and probably the 4S as well), and is being shown over at Thumbs Up World. There’s no price or purchase info listed though, but I think that’s because they’re a wholesaler. Hopefully, they’ll turn up in stores sometime soon.