This is one of the oddest combo devices I’ve ever seen. On one hand it will light your smoke, but if you need a little something extra in a lighter, it will also act as a stun gun. 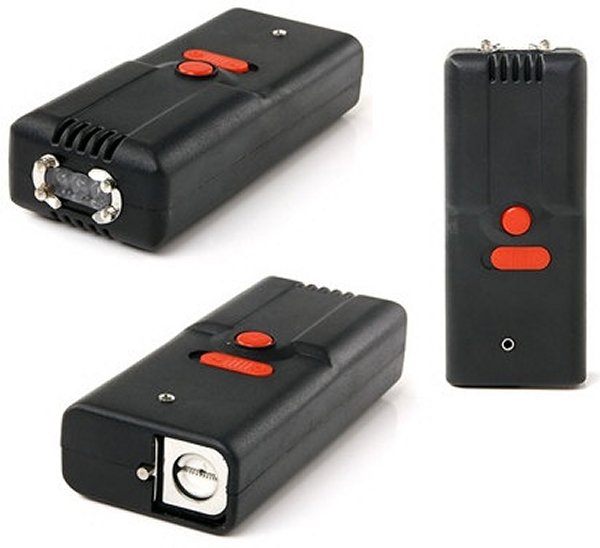 It should be called the “Stun and Smoke” or “Smoke and Stun,”, but it’s simply called a “Multi Function Cigarette Lighter and Self-Defense Device.” How boring. In addition to lighting cigarettes, it features a 260KV ‘high voltage’ output, powered by an integrated NiCad rechargeable battery.

Hopefully you are fully charged when you encounter the bad guy in a dark alley, and you’re not in the middle of lighting up. This device also acts as an LED flashlight, because why not? Charging time is about 10 hours, during which time you won’t be stunning or smoking. By the time you get some of that nicotine, you’ll be shaking so bad that you’ll really want to stun somebody.

The Lighter/Stun Gun combo is available over on Focalprice for about $20(USD).