This is the crossover that I had no idea that I wanted. Darth Vader and Batman. Inspired by Malmey Studios’ awesome Darth Knight costume that was going around last year, custom modeler John Harmon is responsible for this action figure mashup of Gotham’s guardian and the Dark Lord of the Sith. 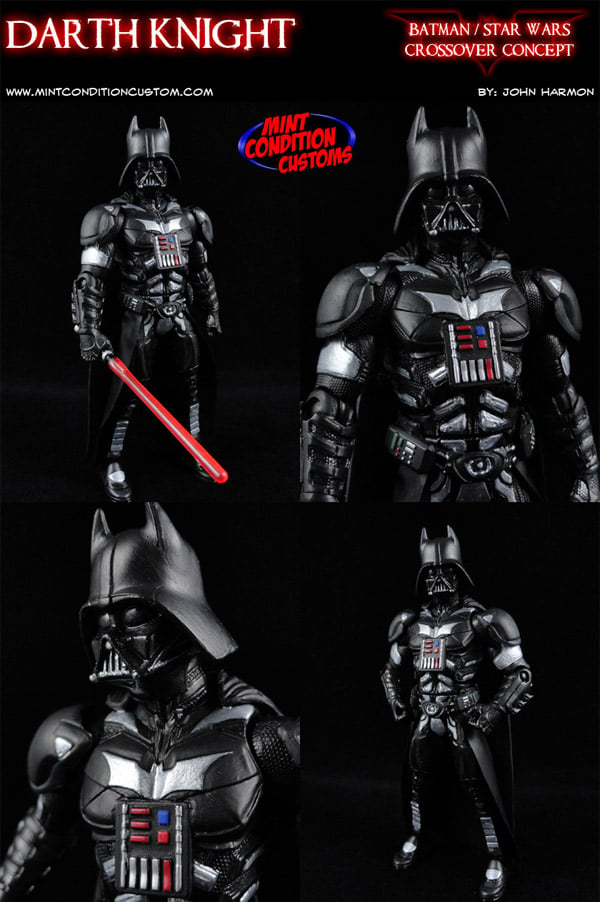 According to John, his Darth Knight figure uses the body from a Dark Knight Movie Masters Batman figure, and the head, lightsaber, chest plate, and other pieces from a Star Wars Transformers Darth Vader action figure. After that he took the ears from the Batman head and grafted them onto the Vader head, and sculpted over them to blend them in with the sculpt of Vader’s helmet. The paint job, with silver accents, really completes the whole piece.

The question is, is he a good guy or a bad guy now? It doesn’t matter. This figure is completely awesome. I want to see Darth Knight in his own movie now.