I want to get this off my chest off the top: You bird man, you bastard you! Now that that is out of the way, Dutch filmmaker and animator Floris Kaayk has admitted that video that went viral earlier this week of a man claiming to fly with bird-like wings was a fake. The man doesn’t call it a lie or fake but rather “a media art project” and he worked on it with a media production company called Revolver. 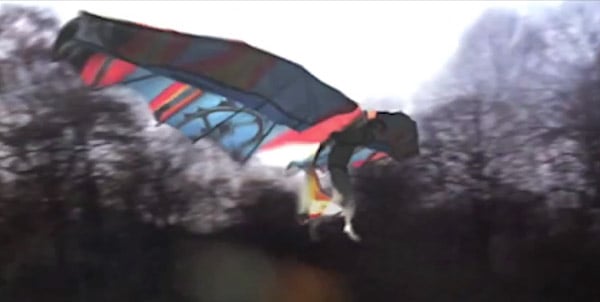 The filmmakers came clean on the Dutch TV show called Wereld Draait Door. The video was very well made and the video makers even set up social networking background for the fake wing builder, Jarno Smeets. The fakers set up Facebook, twitter, and LinkedIn accounts for Smeets – all in an attempt to lend more credibility to the video, and it worked very well.

I can’t say that I’m surprised the video was fake. After all, the segment in which he was flying in the air looked pretty unreal. I can’t say that I’m not disappointed it’s fake though. I really wanted it to be possible. What do you think about videos like this that go to extremes to convince people they are real, only to come back later and say “haha, fooled you?” Fun and games, or lying bastards?