Liquid Cooling Tech for Laptops is Gamer (and Thigh) Friendly

Liquid cooling systems have long been an option for desktop PCs, but not for slimmer computers like laptops. Until now. A company called Asetek recently demonstrated a liquid cooling system that can fit inside a gaming laptop, a promising technology for anyone who likes overclocking or not having their genitals or hands toasted by their PC. 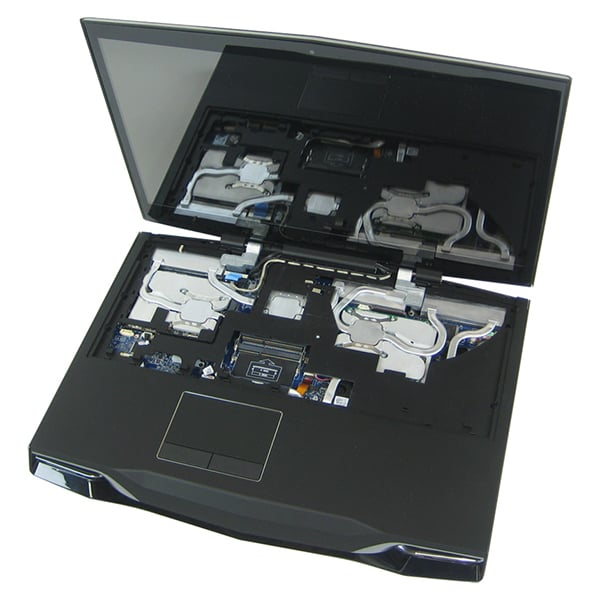 According to Asetek, most cooling solutions in laptops make use of individual heat sinks for the CPU and GPU(s) even though the three components are “rarely” stressed simultaneously. Asetek’s solution uses the precious space it takes up more efficiently because it’s just one big cooling unit that circulates throughout the parts that heat up.

The demo video below shows an Alienware laptop with an Intel Core i7 CPU at 3.5 Ghz and two AMD Radeon HD 6990M GPUs running at 680MHz. Asetek’s cooling system allowed the CPU to be overclocked to 4.4GHz and the GPUs to be overclocked to 800MHz, a feat that the company claims would be impossible to accomplish on the stock laptop.

As was mentioned in the video, this compact liquid cooling system can also be used in other forms of computers, including all-in-one PCs. Hopefully it will be adopted by computer manufacturers soon. I wish Asetek also took temperature readings though, because that’s the aspect that I’m more interested in.