Turntables can certainly be used to make art – but I usually think of them as a tool for auditory creation, not visual so much. Not so in this project, which transformed a couple of ordinary turntables into a drawing machine. 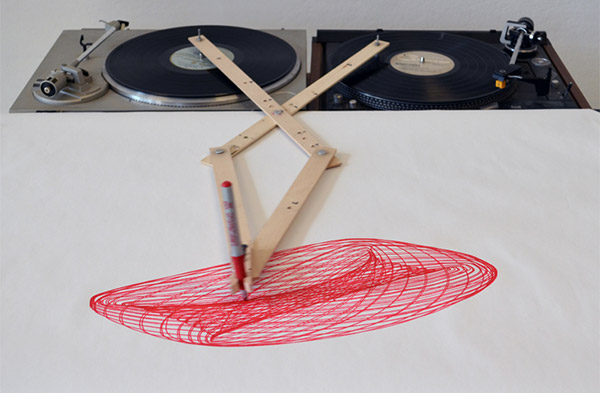 Designer Robert Howsare created the decidedly low-tech Drawing Apparatus using a pair of old record players, whose platters have each been connected to a hinged wooden armature. This arm has a Sharpie on the end of it, which draws geometric patterns as the pen glides along the surface of the paper.

I’m duly impressed by the unique, Spirograph-like shapes this thing ends up drawing as the turntables go round and round. It looks like each turntable is running at a different speed in order to vary the geometry and create unique artworks with every play. 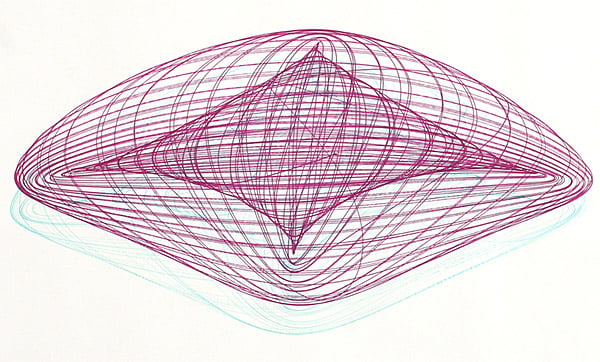 I only wonder if there would be some way to keep the needles on the records so it could play music at the same time. I’m guessing the wooden arms would quickly derail the needle. Still, it’s a pretty cool effect, and the sound it makes as it goes around drawing is kind of mesmerizing on its own.