Fires on board vessels at sea are a pretty serious hazard. That’s why the U.S. Navy has been developing a firefighter for the fleet based on Virginia Tech’s CHARLI-L1 robot. The U.S. Naval Research Lab is in charge of the project and are working with the University of Penn as well. 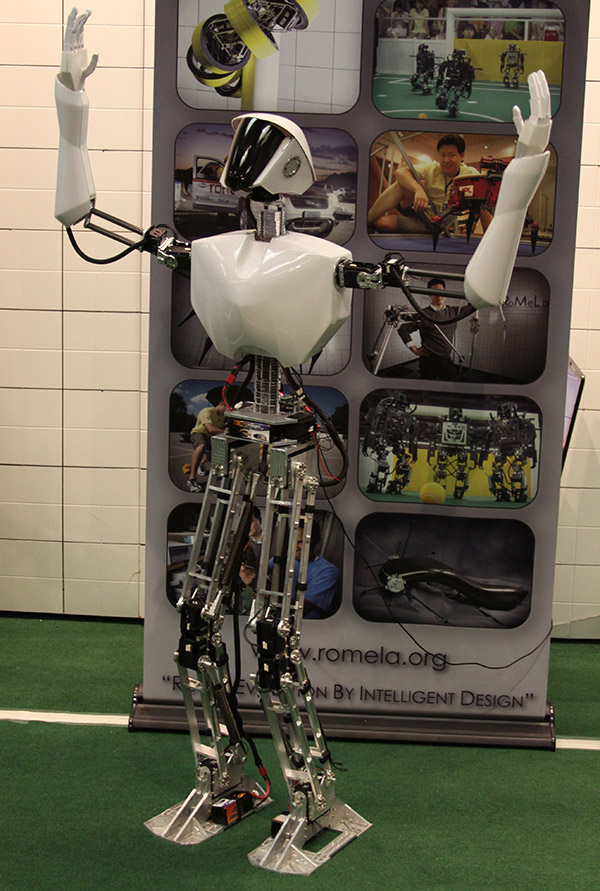 A humanoid model was chosen since it is the best suited for the corridors and confines of a ship. The Shipboard Autonomous Firefighting Robot will be able to detect a fire via its sensors and its IR camera can see through the smoke. Basically this thing will roam about the ship all by itself and interact with the crew, and fight fires, if need be. 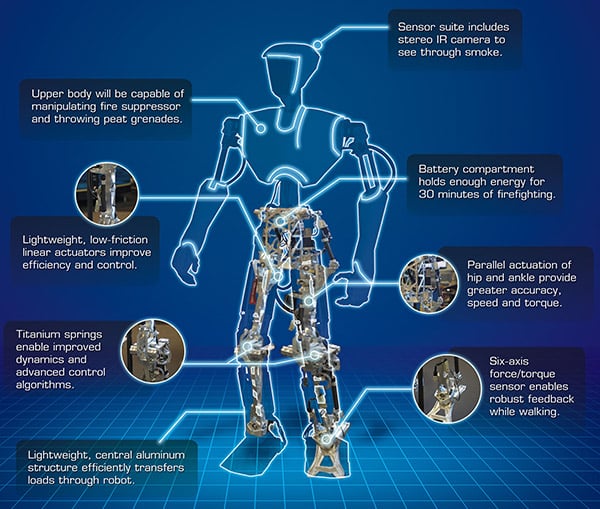 The ‘bot will be able to navigate the narrow passages and ladderways and work in small spaces, throwing extinguishing grenades at any fires that might crop up. Thankfully, those are fire fighting grenades and not the explosive type. SAFFiR can work for up to 30 minutes per charge and it has sea legs that can balance on rough waters. They will begin testing it onboard the ex-USS Shadwell in September 2013.