If you’re thinking about getting a puppy, but don’t want to deal with the hassles of getting up from the couch to take it for a walk, or even feeding it, you might be in luck if you have an iPhone or iPod Touch, thanks to Bandai’s new “SmartPet.” 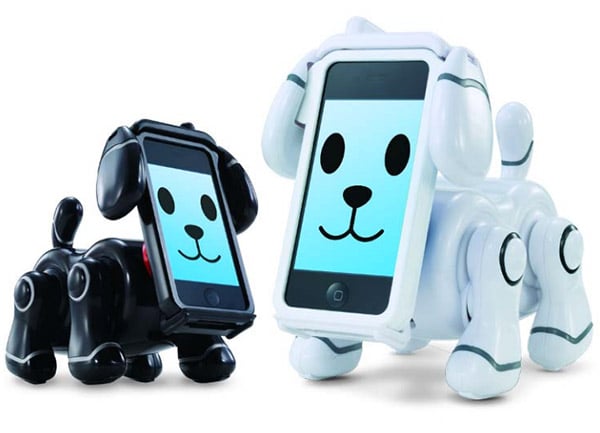 These goofy looking docks look like a dog’s body, and convert your iPhone or iPod Touch into a virtual pet – not only capable of displaying cartoon emotions, but of actually moving their robotic bodies around and doing tricks. Just dock your iOS device, load up the SmartPet app, and you have your own virtual Fido. You can interact with your pet by caressing it on the touchscreen, or command it using voice and gesture recognition capabilities. 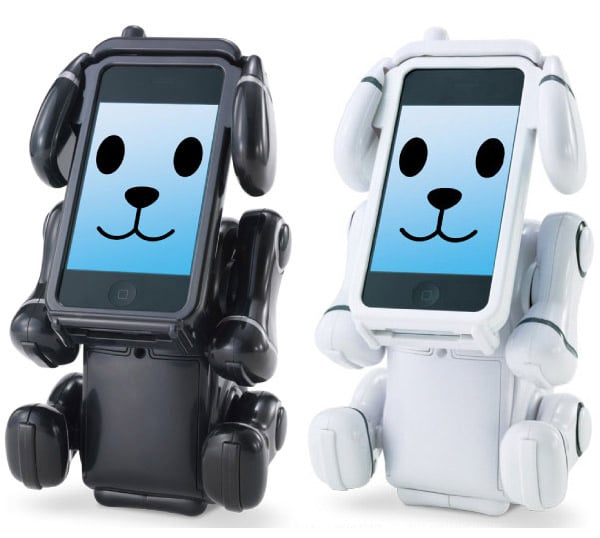 Here, check out these cute little pups in action:

See, they didn’t poop once – though they look kind of freaky when the app menu loads up instead of a dog face. Bandai expects to release the SmartPet dogs on April 28th in Japan. I’d expect to see these turn up at importers shortly thereafter, and barking around on desks around the globe later this Spring. Pricing for the SmartPet has yet to be announced. While you wait, here’s a little more footage from Bandai: