If you love what James Cameron just accomplished with his own deep-sea submersible, then you can have your own underwater adventures in these Chinese mini-submarines, which were the brainchild of a laid-off factory worker in Wuhan. 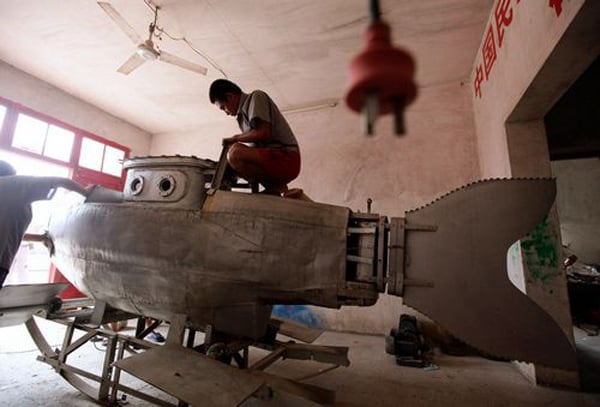 These tiny submarines cost about 200,000 yuan (~$31,621 USD) and can seat two people. The first prototype looks somewhat crude, but his latest versions look a bit steampunk. That might not inspire confidence in their sea-worthiness but they are cool nonetheless. While they probably won’t be able to explore the depths of the Mariana Trench, they will allow you to go underwater and conduct DIY explorations. 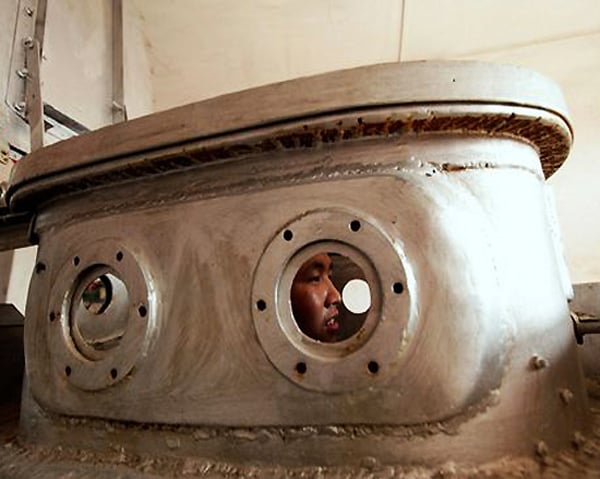 Each mini-sub can hold two passengers, and can dive up to 30 meters below the surface. They also have oxygen reserves and an underwater video camera built in. 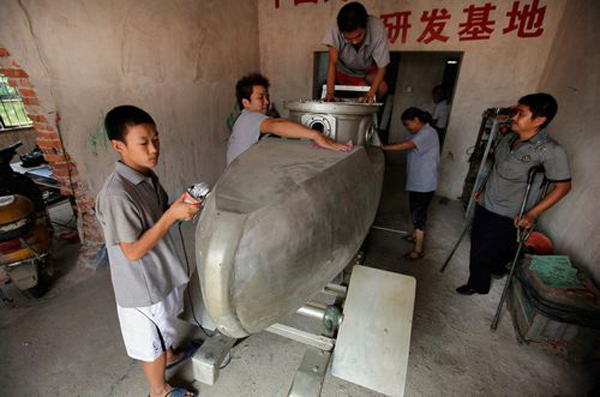 The new enterprise can build about one mini-sub per month, which isn’t much, but as soon as orders start piling in, I’m sure that they’ll refine the model even further and production will undoubtedly increase.