Denver Zoo Has a Truck Powered by Poo

If there’s one thing that a zoo has in an abundance, it’s poop. You only have to wonder to the elephant or rhinoceros enclosures to see the mass quantities of poo zoo animals can produce. The Denver Zoo has a very cool way to deal with some of the poop its animals produce. The zoo has modified a little three-wheeled motorized tuk tuk to run on animal waste. 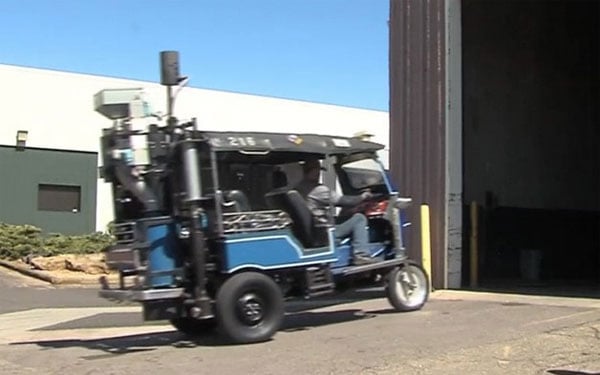 The zoo decided that it was going to take the poo produced by its pandas and use it to power the 20-year-old vehicle. The process of turning the poop into fuel is rather complicated and actually involves the use of some human produced trash as well. The zoo puts the waste in the central chamber and turns it into gasified pellets.

Those pellets are then subjected to high heat with no oxygen to further transform them. The pellets are burned to give off something called syngas, which is burnt in a generator to produce electricity that is then used to charge the batteries for the electric motor in the little three-wheel truck. The process has a more disgusting origin. Apparently, the zoo used a smaller prototype to power a blender used to make margaritas for zoo events.