Nyan Cat Adventures: From YouTube to iOS and Xbox 360

So you’ve watched and finished the 100-hour video and you still can’t get enough of it? Try playing as the cat itself. The addictive Nyan Cat has escaped from the Internet and now has its own game for both Apple and Microsoft devices, ready to infect more people with its infinite tune. 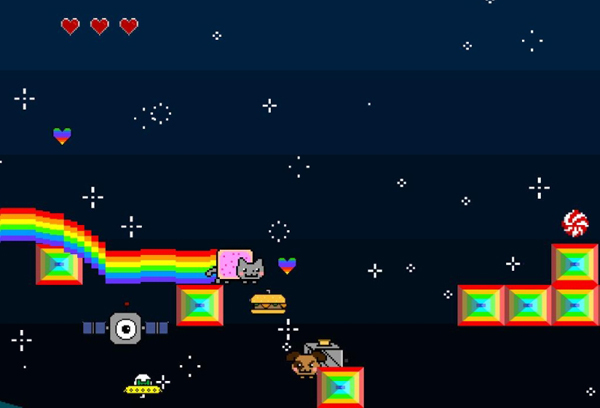 Staying true to its roots – whatever that may be – Nyan Cat is a side-scrolling platformer, with the meme of all memes still being propelled by its rainbow spewing butt. It has five different game modes and other playable characters, including the evil Tac Nayn.

You can get Nyan Cat Adventure from the App Store for $0.99(USD) or from the Xbox Marketplace for 240 MS points ($3). When’s Maru going to get his own game?