With improvements in connectivity and video cameras, teleconferencing solutions have improved dramatically in just the past decade. And while there have been some attempts to create telepresence robots that let you interact with people at remote locations, it’s still not quite the same as being there. Now, a team in Japan is working on a robot which will let you shake the hand of people via teleconference. 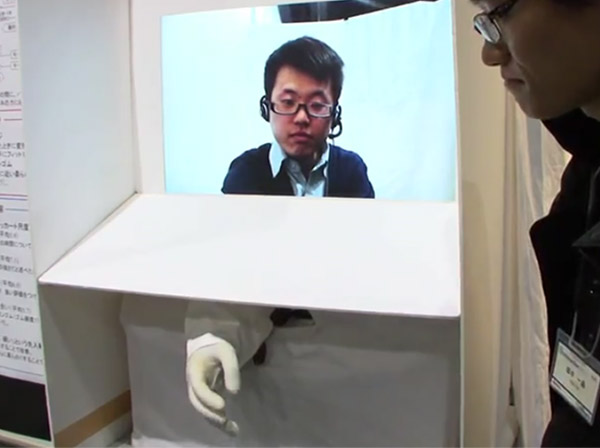 Developed by a research team at Osaka University, this robot hand not only feels like a human hand thanks to a silicone rubber and sponge covering, but is capable of transmitting the grip force, body temperature and touch of a remote operator. The robot hand can even reproduce the warmth of an an actual human hand.

At this point, the system is strictly experimental, and isn’t yet bi-directional, but it’s only a matter of time before we’ll have robotic avatars sitting in for us at off-site meetings.