Sand Flea Robot Can Jump 30 Feet in the Air

If anyone has a shot at being the real life Cyberdyne Systems, I think it’s Boston Dynamics. Between their Big Dog, Alpha Dog, Cheetah and other walking robots, they’re building some of the most incredible robotic creatures out there. Their latest ‘bot may not be as agile as some of their walking ‘bots, but it does have a major trick up its little robot sleeves. 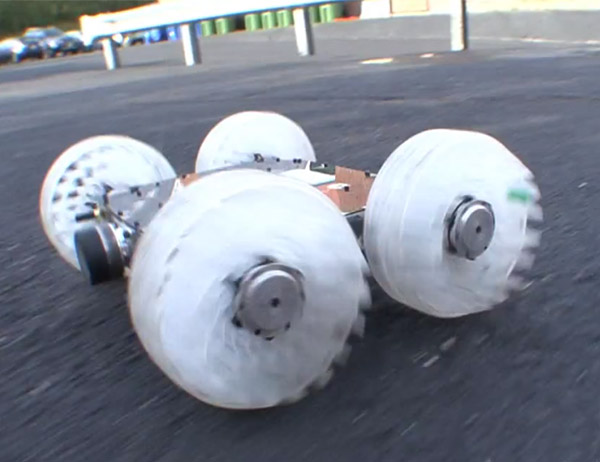 The diminutive Sand Flea robot is about the size and shape of an R/C car, but on command, the 11 pound robot can go from driving to leaping straight up in the air. A special onboard stabilization system ensures it stays oriented as it flies through the air to heights up to 30 feet. All the while, an on-board video system can relay images back to a remote operator. As shown in the video clip below, the Sand Flea can use this ability to rapidly leap onto the roof of a building or on top of a hill in about a second.

The Sand Flea is being developed by Boston Dynamics for the US Army’s Rapid Equipping Force, where it’s likely to be used for reconnaissance and surveillance missions.