Spending the vast majority of my professional life online, I receive an inordinate amount of email messages in my inbox every day. Most days, I get at least 200 to 300 messages, so it’s become very difficult to manage all the stuff flowing through my box and make heads or tails of it all. On any given day, only a handful of messages I receive are truly critical, and the rest of them fall into a variety of “deal with it later” buckets for me. 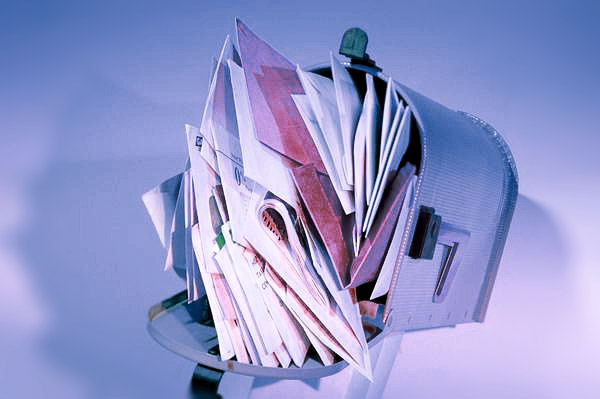 However, with hundreds of messages coming into my box each day, it’s tricky to keep on top of them all and stay organized. While spam used to be a big problem, I really don’t receive much of it at all these days. In fact, I’d say that less than 3% of all the messages I receive are truly unsolicited junk mail. This is likely because the major email services out there have gotten pretty great at weeding out spam these days. I’d break my other messages down into three categories: 1) actual conversations with humans; 2) stuff of interest to me, that I didn’t sign up for; and 3) stuff of interest that I did sign up for. That third bucket of emails is now known as “graymail” – a term used to describe things like newsletters, deals, updates and other stuff you sign up for, but isn’t necessarily critical. While bucket #2 is also a fairly large category for me as a blogger, for most people the graymail bucket is the largest. In fact, Microsoft says that as much as 80% of the average inbox falls into the “graymail” category.

So how do you manage this email overload? In all honesty, I’ve tried to manage these kind of messages with my Gmail box using filters, and frankly, it sucks. Each filter has to be built individually, and they’re not particularly good at handling stuff like daily recurring newsletters and the like. So when I had a chance to play with the updated Hotmail from Microsoft, I was pleasantly surprised. Not only has the user interface been vastly improved from the Hotmail of old – with a speedy UI and clean design – but the volume of spam I used to get when Hotmail was my main email box has all but been eliminated. But what really impressed me was the new “Sweep” features that have been added to the service. 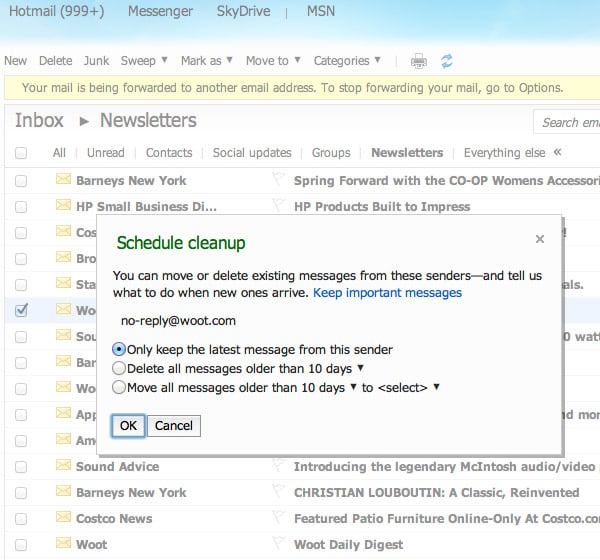 These capabilities allow you to simply click on any message you receive, and mark it for automated cleanup. With stuff like newsletters and daily deals, you probably have no desire to hang onto a ton of these, and a quick click of the mouse, you can set Hotmail to automatically retain only the most recent message from that sender, delete messages older than a certain amount of time, or move messages from that sender to a special folder. Frankly, the “Only keep latest message” option is a godsend for most of us. Really, do you need to keep 3 weeks worth of Groupon deals in your box? I sure don’t.

Microsoft has also added algorithms to automatically categorize messages into buckets – for instance it can differentiate messages from contacts, social networks, and newsletters, so you can filter your messages on any of these dimensions with a single click. In my experimentation with these tools, I found these filters to be quite accurate, though some daily emails still fell into the “Everything else” bucket. Still, it’s nice to be able to quickly filter your messages on these dimensions. 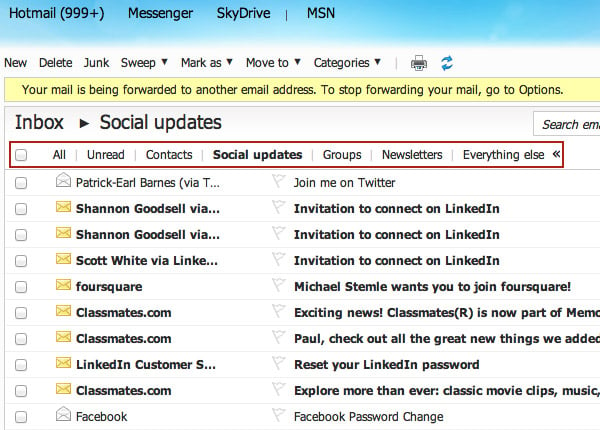 In addition to the Sweep and Filtering functionalities, Hotmail has added some new bells and whistles for quickly working with messages, like “Instant Action” icons next to each message, for quickly marking messages as read/unread, deleting messages, and moving them into folders. You can also still create traditional rules for putting messages into folders, and they’ve also added a simple “flag” feature for pinning messages to the top of your inbox, and the ability to tag messages – an additional taxonomy beyond categories.

I have to say I’m impressed with how far Microsoft has come with improving the Hotmail service – and the additions they’ve made for managing “graymail” are really of great benefit to anyone whose mailbox is dominated by these sort of messages.

Learn about smart tools from Hotmail to manage your inbox automatically and conquer graymail.

Disclosure of Material Connection: This is a “sponsored post.” Technabob received compensation for writing it, however, we only recommend products or services we have used personally, and believe will be good for our readers.