Hitler Toilet Paper: Now You Can Smear Poop on a Dictator’s Face Every Day

Hitler was one of the most hated figures in human history. Since the man himself is dead, no one will ever know what might have happened in his growing up years to turn him into a delusional being who had a twisted perception of himself, of Germany, and of the world.

Hitler robbed so many people of their grandparents, parents, siblings, and children. I don’t believe in that saying that went something like getting a tooth for a tooth (and like I said, he’s dead already), but I do believe that it’s okay to do whatever it takes to move on and get through a situation by coping.

And if coping means wiping your butt on Hitler’s face every day, then why not? His crimes might have been committed decades ago, but some people are still experiencing the effects of his atrocities, even until today. The Hitler Toilet Paper provides some comic relief, at least, especially during moments of despair and sadness (in the bathroom, at least.) 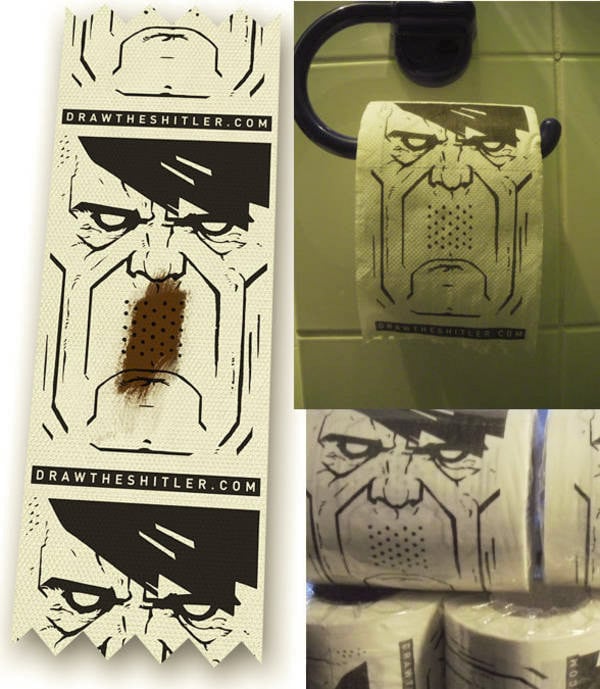 As you can see, the sweet spot to wipe your behind on is on his trademark mustache, just right above his lip. These rolls are available from DrawTheShitler for €4 (~$5 USD) a roll.

[via Boing Boing via Obvious Winner]