Death Star Dog Cone: I Have a Very Bad Feeling About This

This Death Star dog will be the ultimate power in the universe. Just toss it a biscuit and rub it on the back (or the belly) and it will fire on the planet of your choice. Unless it spots a cat, in which case, you had better chase your Death Star down before you lose it. 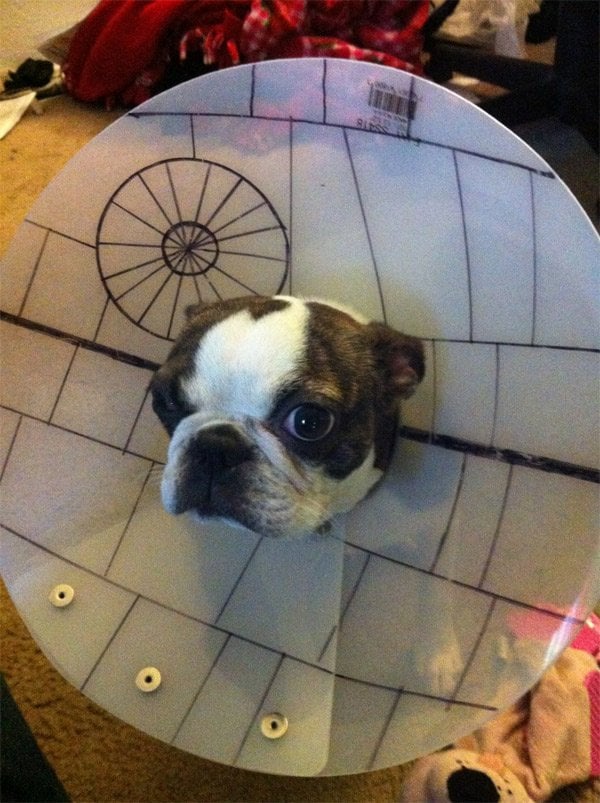 This cute dog’s name is Musha, who just had some minor surgery and so had to have one of those humiliating cones around it’s neck. Since Musha’s owner is a very imaginative geek, they decided to make her cone into a walking Death Star.

It didn’t take an Imperial fleet working around the clock with Vader and the Emperor nagging them either. Instead it was accomplished with just a Sharpie. It looks amazingly awesome. Great work. Good dog.