I think making better ice cream is science we can all get behind – unless you’re lactose intolerant. Researchers at the Institute for Snow and Avalanche Research in Davos, Switzerland are working with Nestlé to devise better tasting ice cream. The Institute is using its high-tech equipment typically used for learning more about avalanches to make our frosty treats taste better. 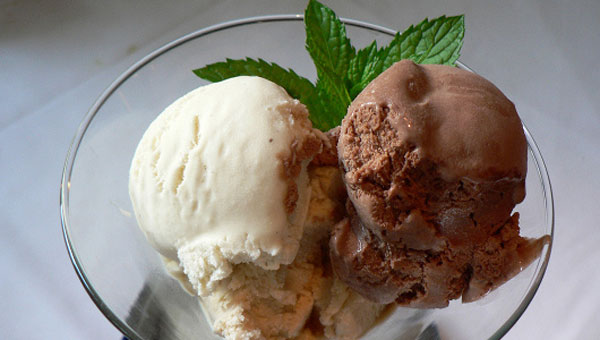 The scientists are using a technique that they use when studying ice crystal formation in avalanches to figure out why ice cream loses flavor and texture after sitting in the freezer too long. The key bit of tech used to hone ice cream to a creamy and freezing point is an x-ray machine. The machine allows the scientists to look closer into the structure of ice cream than ever before.

How creamy and tasty ice cream is depends on the size and shape of the ice crystals. Apparently the larger the ice crystals are, the chewier and less tasty the ice cream is to eat according to the researchers. We already knew that the quicker you can freeze ice cream, the creamier it is thanks to smaller ice crystals. Part of the reason ice cream doesn’t taste as good after a while is blamed on our freezers that can fluctuate a few degrees in either direction. That slight temperature fluctuation allows part of the ice cream to melt and then refreeze causing a loss of flavor and texture. The goal of the study is to create ice cream better able to withstand fluctuations in temperature.