Ubi-Camera Lets You Take Pictures With Your Fingertips

Remember the Air Clicker, which was a camera concept where all you needed were your hands and two wearable devices to take pictures? Now are you ready to see it in real life? 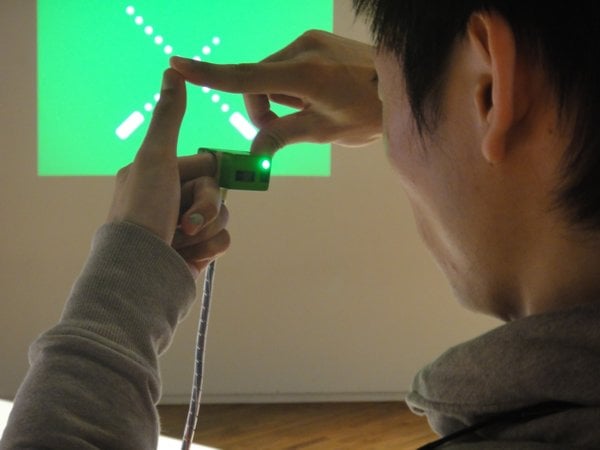 So the Ubi-Camera wasn’t made from the same people who brought you that concept. It’s not that clean or neat-looking yet either, but it works on the same concept: all you have to do is put the Ubi-Camera on, and form your hands into a frame to take a picture.

The camera is a prototype created by a research group at Japan’s Institute of Advanced Media Arts and Science. It basically contains a range sensor that works in conjunction with a still-in-development software to take pictures simply by framing the scene with your hands.

You’re supposed to move your face close to the camera to take a wide-angle shot, and move away when you want to take a close-up one.