Brainiacs from Mars: Turning Houses into Billboards, One at a Time

The economy might be starting to rebound, but a lot of people are still feeling the crunch. Mortgage payments are one of the toughest things to meet every month. Worse, the consequences are dire if you can’t cough up the cash to make the payments. So why not turn your home into one huge ad instead and have someone else pay the mortgage while it’s painted? 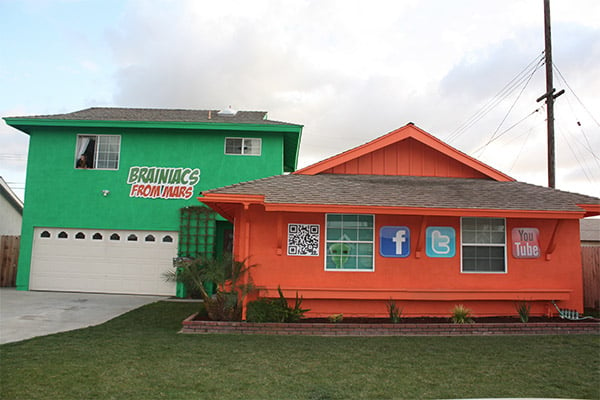 This is the kind of deal that advertising agency Brainiacs from Mars is offering. Here’s how it works: first, you fill out an application where you state the reasons why you want to have your house painted. If the agency approves it, they’ll paint your house and then you won’t have to worry about your mortgage anymore – as long as it remains painted. Of course, your neighbors might have a thing or two to say about your house being turned into a garish billboard.

If painting your house isn’t an option, then you might want to hop on Brainiacs from Mars’ T-shirt campaign. Basically, you buy their shirt, take a lot of photos of you wearing it, and post it on their Facebook fan page. If they like what they see, they’ll pay your mortgage for three months. Pretty neat, huh?