Chrome Multitask Mode: Surf with Two Mice at Once!

If there’s one thing we can count on Google for ever year, it’s a bunch of hilarious, geeky April Fools pranks, and this might be my favorite of 2012. It’s a new capability for Google Chrome called Multitask Mode. 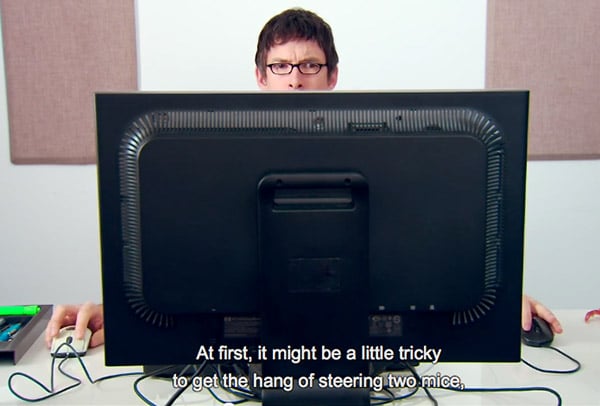 Google’s crack research scientists have determined that the reason we’re not as efficient as we could be when using our computers is that we’re only using 50% of our hands at any given time. Basically, in Chrome Multitask mode, you connect two mice to your computer, so you can surf multiple websites or use two applications side-by-side – at the same exact time. The technology would also allow you and a friend to surf side-by-side on the same computer.

Brilliant! The funny thing is that I always have multiple application windows open side-by-side, since I have a big 27-inch screen, so this doesn’t look that unusual to me – other than the part where there’s a second mouse for my left hand.