Remember that gorgeous Interactive Starry Night? It certainly put a high tech spin on one of Van Gogh’s most inspiring works. It’s one of my favorite pieces of art, especially the wind. Initially, I wondered if the guy who made it would release it for other platforms so that more people could enjoy it. I guess the crowd’s clamor won, as it was just released for iOS. 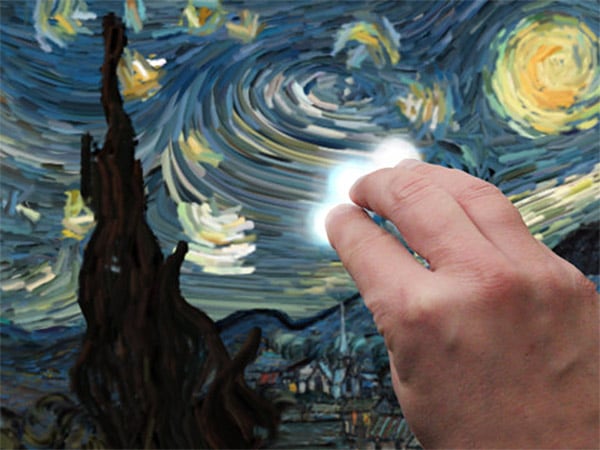 It took Greek artist Petro Vrellis six months to code his Starry Night program for Windows, but under a month to port it over to iOS. The app lets you play with Van Gogh’s masterpiece using your fingertips, adding your own spin to the iconic post-impressionist painting.

Starry Night Interactive is available for iPads now, but it will also be released for Android soon. It costs $1.99(USD) over at the  iTunes App Store.