Berlin Boombox Adds a Green Twist to the Classic Player

Boomboxes might have gone out of style even before I was born, but that doesn’t mean I don’t appreciate them or their place in pop culture. Sure, we might live in a world of iPods and mp3s nowadays, but there’s no reason why these retro music players can’t make a comeback – and a green one at that – in this day and age. That’s precisely what Berlin-based designer and illustrator Axel Pfaender is trying to do with producer Annie Heringer from Brooklyn. 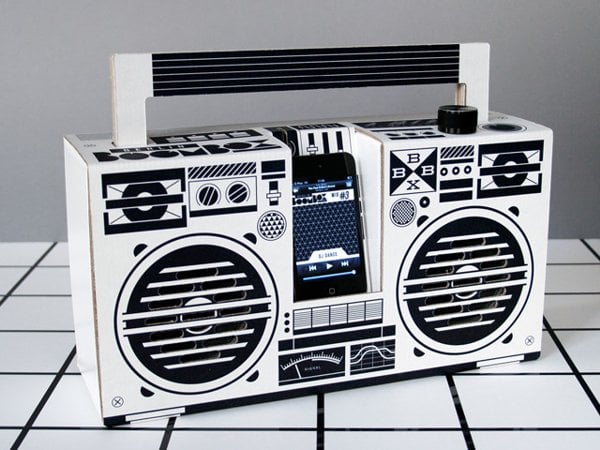 The duo came up with the Berlin Boombox, which is a do-it-yourself boombox that is assembled entirely from cardboard without requiring the use of any tools.

It’s not strictly a boombox in the sense that it makes use of today’s technology and is compatible with most portable music players that have a 3.5mm jack. Never mind the fact that it has just a couple of small full-range speakers and just 1 watt per channel, so it’s not exactly going to be “booming.”

The project is currently up on Kickstarter. A minimum pledge of $50(USD) will get you one Berlin Boombox that is estimated to ship by June 2012. A two-color limited-edition is available for $100, and you can get one with a custom printed design just for you for $250.