Hi-Five Turntable Watch: Put You Records on (Your Wrist)

A long time back, I came across a watch that looked like a tiny turntable, and thought it was kind of cool. But I was never that thrilled with the ordinary analog dial on that design. So when I saw this concept watch that does a better job incorporating the turntable into the time-telling, it made me smile. 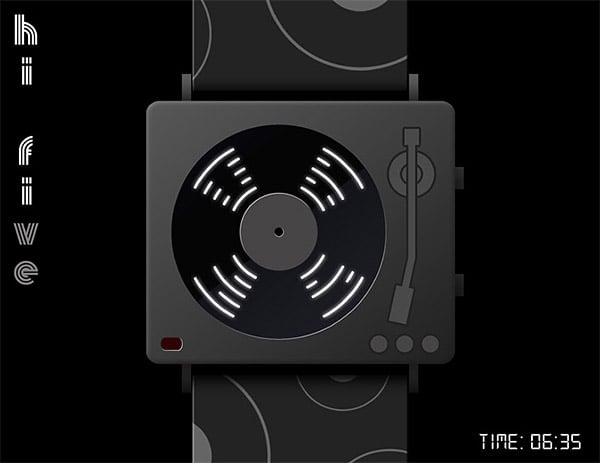 Designed by a guy named Lloyd from down under in Australia, the Hi-Five watch would incorporate a round LED display into the turntable section, with the digits being displayed like grooves in a record. The watch also would have a date mode, which is indicated by the red dot in the bottom left corner. 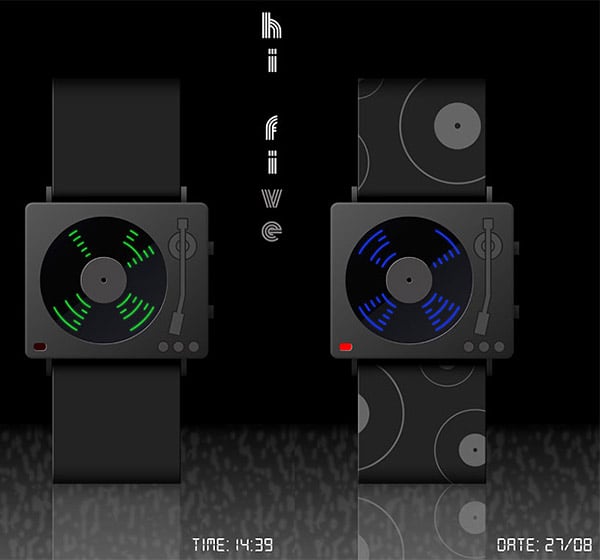 In addition to its novel display, the Hi-Five would incorporate an MP3 player, so it could both tell time and play whatever tracks you’d like on its virtual platter. It’s not clear if the LEDs could be used to animate the time in a spinning motion, but I think that would be a nice addition to at least offer that as a display mode. 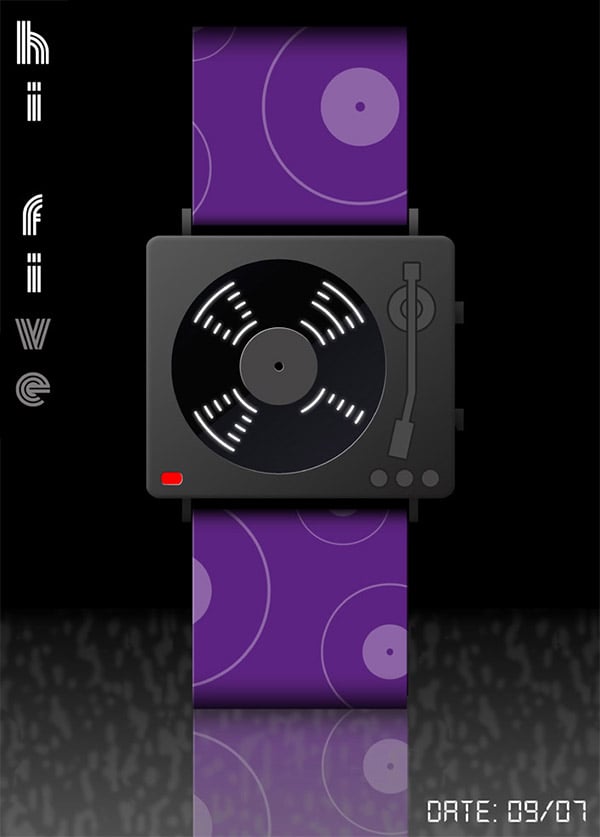 While TokyoFlash already offers a DJ-themed watch called the Kisai RPM, I kind of like this more literal take better. The only thing not to like about this watch is that it doesn’t yet exist. If you’re like me and would like to see it produced, head on over to the TokyoFlash Design Blog and vote for the Hi-Five. Hopefully, that’ll convince them to put these into production soon.