LEGO Tachikoma: Ghost in the Brick

We’re big fans of Peer Kreuger’s work and have featured a couple of his designs. One of his newest toys is an excellent replica of the Tachikoma, the artificial intelligence sidekicks with spider-like bodies in Masamune Shirow’s Ghost in the Shell. This Tachikoma can’t shoot webs, fire guns or have mind-numbing discussions about existence and identity though. 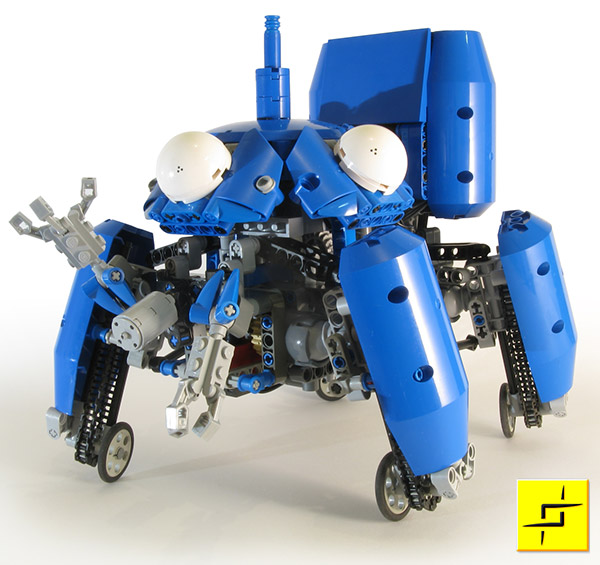 It may not be as smart as its manga and animé counterpart, but this Tachikoma is still pretty impressive. It moves on its wheels, but it can also seamlessly switch to walking mode to tackle rough terrain. It can also move its “head” and wave its arms.

Think you have Section 9 level brick building skills? Head to Kreuger’s website for the parts list and .lxf file. You can also check out his Flickr page for more detailed pictures.