When I was a kid cartoons based on video games were very common. We had a cartoon for Pac-Man, Mario Brothers, and a few others. For some reason these days it’s not so common to have a cartoon based on a video game. Bucking this trend, Rovio plans to release an animated series based on its hit video game Angry Birds. 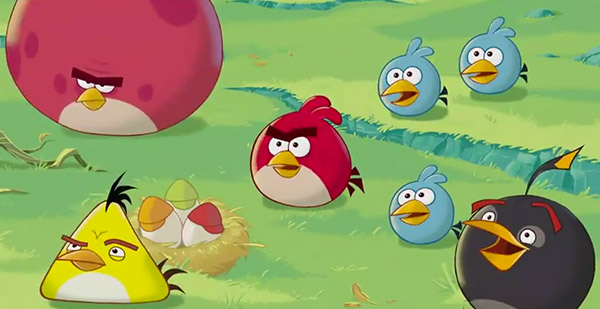 However, this won’t be a Saturday morning cartoon like we had growing up in the 80s; rather it will be short form online video series. Rovio says that is targeting “all screens” so you should be a would get it on just about any device when it rolls out later this year. There is no specific launch date noted with the developer saying simply that it will be out this Fall. The show was announced at the MIPTV conference by Nick Dorra, Rovio’s head of animation, who says they also are planning on releasing a feature film at some point in the future. If you skip ahead to 11:55 in the video clip below, you can see a sneak preview:

The series will have 52 episodes, and each episode will last between 2.5 and 3 minutes. Presumably, Rovio is having Kombo, the animation studio it purchased last year doing the show animation.