Ever since the Kinect Star Wars game’s Galactic Dance Off mode was announced, we’ve had reason to worry about this title. While I love the idea of tearing up the streets of Tatooine as the Rancor, I knew that it would be bad after I saw Slave Leia dancing and then Stormtroopers. It actually gets even more ridiculous. 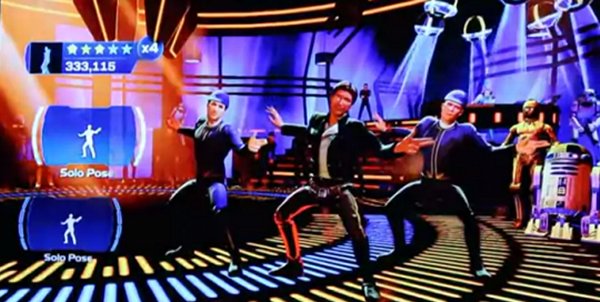 Check out the “I’m Han Solo,” Kinect Star Wars dance. Is it the best thing or the worst thing ever? I don’t know anymore. I almost prefer Lucas endlessly tinkering with the movies to this mockery of everything that I love.

WTF?!?! Han Solo and Lando are dancing with Imperial officers. In Cloud City. Lobot is the DJ. Am I in the Twilight Zone? This game just isn’t right. Please make it stop. I’ll even buy the movies on Blu-Ray. In 3D. With extra Jar-Jar. Just please, no more of this.