The Drexel University Music & Entertainment Technology Laboratory recently took four HUBO robots and turned them into The Beatles. Minus Yoko of course. These HUBOs operate autonomously, with their movements directed by student-developed software. 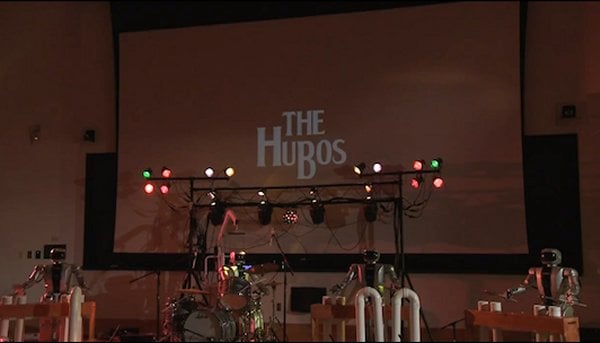 This software allows them to perform the gestures necessary to produce the appropriate notes and beats of the musical score. There is no trickery here. Every sound in the video was performed by the robots. This band is playing live, and they don’t do studio albums at this point.

The Drexel College of Engineering has seven of these robots, so maybe they can add a Stu Sutcliffe or Pete Best robot to the band too. These robots cost between $300,000 and $400,000 each. Sure, that’s expensive for a robot band, but cheap for a Beatle. I’m looking forward to their Sgt. Pepper album myself.

[IEEE Spectrum via Geekosystem via Neatorama]