People continue to brilliantly misuse Microsoft’s Kinect hardware. Invented by Matt Bell, the Matterport software lets users create 3D models of objects and spaces in just a few seconds, so instead of pictures you can save a 3D replica of your baby, your family or pretty much anything. Forget digital picture frames, we need hologram frames stat. 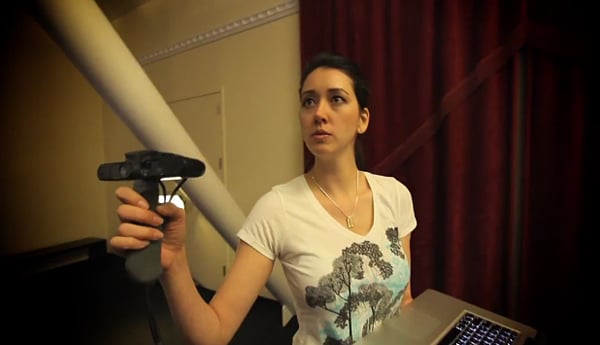 Bell already has a newer prototype that no longer includes an actual Kinect, but in essence Matterport works the same. A user sweeps a Kinect – or whatever similar device Bell is using now – around the object or space that will be replicated, taking millions of images in seconds. Matterport then stitches these images together, creating “one 3D mesh image that can be tilted, rotated and annotated.”

Bell is targeting professionals who work with space, such as real estate agents, engineer and architects, but he’s aware that other people will find novel uses for his system. For example, a family wants to use Matterport to save a 3D image of their houseboat. The Matterport can also be used as a non-invasive and non-destructive means of measuring fragile or precious objects, like rare plants or artifacts.

As with the Kinect turntable 3D scanner, I think that Matterport could also be used in videogames. Developers could use it to make maps out of real world locations and 3D models from real objects. But mostly I just want holograms to take off already.