Remember that omni-directional robot called the Morphex? The ‘bot had the ability to transform from a ball to a robot and back. This robot was created by Norwegian Engineer Kåre Halvorsen and it is a neat little piece of technology. Now the Morphex has learned some new tricks of the Metroid variety. It can not only transform from a ball to a robot, but it can also roll around. 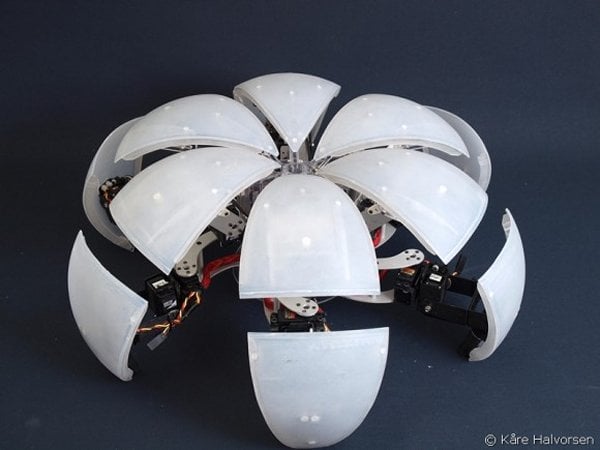 The robot uses the motors on one side of its body to push itself along while contracted into a ball. It may not be the best way to roll, but it does the job, although it moves in an arc rather than a straight line. It can’t straighten itself out yet, but that capability will come one day. Halvorsen has some ideas to fix this, like reworking the legs, and plans on allowing it to move in any direction with its next upgrade. He also plans to add 36 RGB Starlite LED’s to improve things visually.

Its builder currently has his eye on winning the Boca Bearings 2012 Innovation Competition with this ‘bot. That would win him $10,000, which would go a long way toward improving upon this already awesome robot.